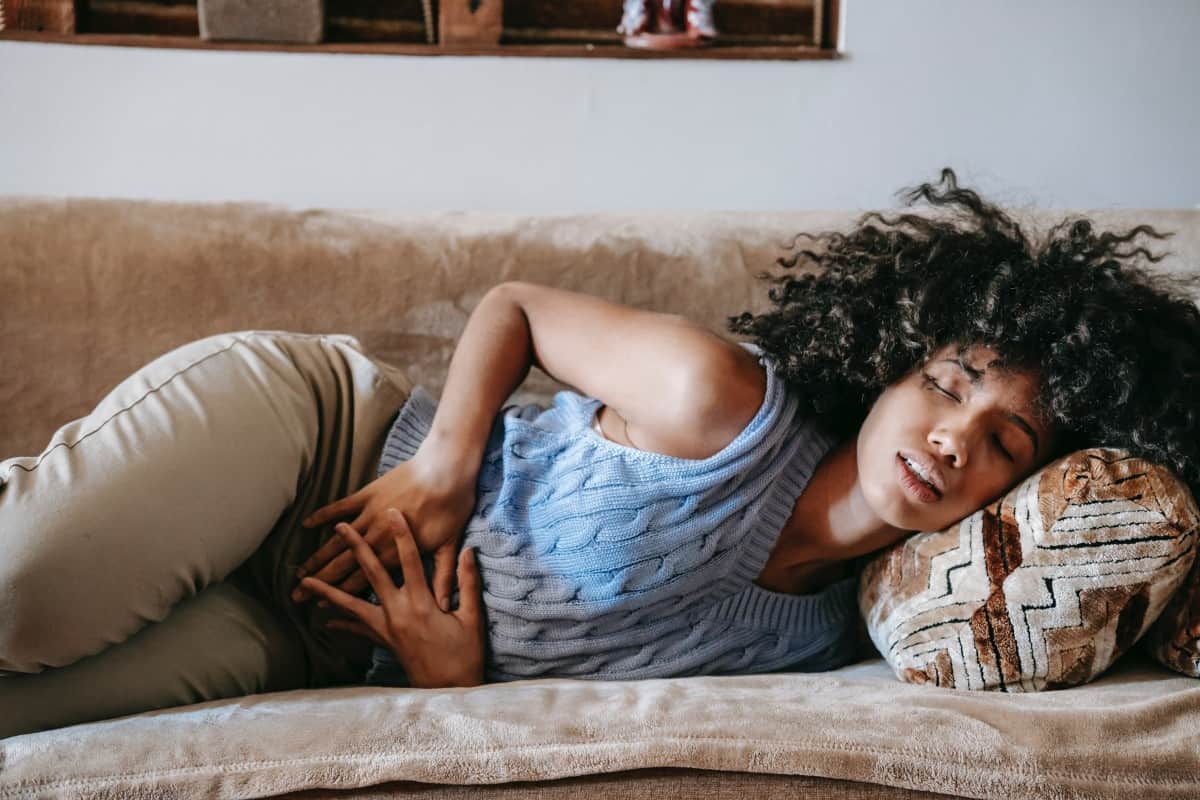 Over the past few years, powdered energy drinks have become more popular.

Powdered energy drinks, like ready-to-drink energy drinks, help you keep hydrated and maintain your energy levels throughout the day by replenishing your body’s depleted critical electrolytes.

Although consuming powdered energy drinks can improve your intelligence and cognitive functioning, it does not guarantee that you will always perform at the top of your class.

Caffeine is a potent stimulant with a synergistic effect that raises the chance of a performance reaction, and energy powder drinks undoubtedly contain it. They also have a substantial impact on your physical performance.

Although its high caffeine content is known to provide a significant energy boost, it may also put your health at risk. But the best option is always a sports drink with electrolytes.

Drinks with energy powder may make your menstruation worse. Caffeine can make cramps worse during your period by increasing their frequency and via vasoconstriction, which is the narrowing of blood vessels.

Continue reading to learn more about energy powder drinks’ components and how they can affect your period.

What Are Period Cramps?

Many experience period cramps, and excruciating pains that occur before and throughout a menstrual cycle.

The discomfort sometimes referred to as dysmenorrhea or period pain, can be mild and irritating or intense and severe. After ovulation, menstrual cramps typically start when the ovaries release an egg that travels down the fallopian tube.

The lower back and abdomen can both be painful. 10% of those who menstruate experience pain so severe that it interferes with their everyday activities for one to three days per month.

Energy powder drinks typically contain sweeteners to help mask the bitter flavor of caffeine. There are energy drinks available with and without calories and sugar.

These days, sugar appears everywhere, not just in the obvious foods like chocolate, cakes, cookies, and candies. Most energy powder drinks now contain it as a main ingredient and active component.

Because sugar is so powerfully addictive, it can be challenging to resist the urge to turn to chocolate and other sweet foods and drinks when we’re feeling down, especially when our periods are in season.

When you overindulge in sugar during your period, inflammation results, extra sugar can exacerbate cramping and heavy flow, leading to inflammation. This is because the inflammation will force your muscles to tense and increase blood flow, which will make your periods worse by causing heavy bleeding.

Bloating is a common symptom of periods due to water retention, but eating sugar worsens it. Women may consequently feel gas, indigestion, and acid reflux.

One of the main issues with people who eat a lot of sugar during their periods is that it might lead to hormone imbalance. If you have PCOD, overeating sugar can exacerbate your symptoms because of the dominance of estrogen in the body.

The body is expected to manufacture the amino acid L-carnitine spontaneously. Its role involves turning fats into energy in the mitochondria, which enhances circulation and lowers the body’s fat content.

It’s crucial to ensure that your body creates enough L-carnitine to sustain the functional processes because it’s good for the liver and heart’s general health.

L-carnitine can be used to treat various ailments, including reducing the risk of heart disease and maintaining heart and liver health.

Many women who have taken significant dosages of l-carnitine from any source have mentioned strange changes or issues impacting their menstrual periods. It has been demonstrated that L-carnitine can disrupt a woman’s typically regular menstrual cycle.

Can Caffeine Make Your Periods Worse?

Caffeine may impact your period, though the specifics will depend on the individual.

A sizable study published in Clinical Epidemiology in August 2013 involving over 2,500 women discovered that increased caffeine use was linked to shorter menstrual periods (meaning less time between your period).

According to a study, oligomenorrhoea and extended, heavy periods are linked to coffee use. Chocolate was linked to fewer premenstrual symptoms than non-caffeinated beverages, soft drinks, and chocolate, and none of these substances were related to irregular menstruation.

Caffeine may contribute to increased bleeding: According to a study, persons who consumed more caffeine during their periods bled more heavily than those who consumed less.

According to a study published in the Journal of Taibah University Medical Sciences in December 2014, those people who regularly drank caffeinated beverages, especially coffee, were more likely to experience protracted periods.

All of the aforementioned research and studies show that caffeine can cause irregular, painful periods, making the whole process of menstruation worse for you.

How Much Caffeine Is Too Much?

According to a recent study, the average American consumes around 200 to 240 milligrams each day. Both dietitians and nutritionists advise people to consume no more than 400 mg per day at most.

Although 400 mg of caffeine a day seems like a lot, if you add the number of coffee cups, black teas, and soda cans at your desk, you might already have exceeded that amount.

It’s critical to understand how caffeine affects your reproductive system, including your monthly period and general health.

If you consume more than 400 mg, you run the risk of developing the following health problems:

Some studies say caffeine can worsen period cramps, but other studies say that’s not, and that data isn’t conclusive.

According to Jana Mowrer, RDN, CDCES, registered dietitian nutritionist, and owner of HealthWins Coaching and Consulting in Fresno, California, caffeine is a vasodilator that encourages blood vessels to open up more.

People with periods are more prone to cramps, headaches, and fatigue when this occurs. Due to caffeine’s diuretic properties, cramps and dehydration may result.

Although some dietitians (and many who experience period cramps) concur with Mowrer that caffeine exacerbates period cramps, the evidence also conflicts in this area.

For instance, a study published in the American Journal of Clinical Nutrition in August 2016 indicated that consuming any level of caffeine was not linked to making PMS worse. The authors concluded that avoiding caffeine to treat PMS might not be helpful.

Maintaining a food and symptom journal may also assist you in figuring out whether you have caffeine sensitivity due to PMS, whether caffeine relieves your cramps, and whether you should give up caffeine each month.

Yes, energy powder drinks can make your periods worse; studies have shown different reactions in the vagina and period duration, which can cause severe period cramps and make periods worse.

There are several conclusions taken. According to a study, consuming caffeine increased the risk of oligomenorrhoea, protracted menses, and heavy menstrual cycles.

Numerous meals and drinks, including chocolate, non-caffeinated beverages, and liquids with minimal sugar content, appeared to lessen rather than increase premenstrual symptoms.

According to laboratory research, caffeine interferes with follicle-stimulating hormone, which lessens the effect of adenosine and shortens the menstrual cycle.

Stomach upset, high blood pressure, insomnia, migraines, breast soreness, vaginal bleeding, and cardiac rhythm irregularities are just a few of the side effects that have been documented.

How To Avoid Period Cramps?

A doctor might occasionally advise hormonal birth control medications to stop ovulation and lessen the intensity of monthly cramps.

If endometriosis or fibroids are the cause of the cramps, a doctor may advise surgery to remove the problematic tissue.

Taking Extra Joss’s ginseng, taurine, and B vitamins is helpful while taking a break from exercising or drinking a lot of water.

The addition of hot water will undoubtedly produce a heated mess. But it smells and tastes delicious, like a lemon-flavored soft drink. The cost of a single pack is another remarkable aspect.

You’ll get enough energy from its 50mg of caffeine to do your everyday duties. 80 mg of caffeine is included in a typical cup of coffee.

It doesn’t contain sugar, yet it still needs sweeteners to keep its flavor. The FDA has approved the use of artificial sweeteners, which are included in Extra Joss, in food and beverages.

More than a dozen flavors of the powdered energy drink Zipfizz are offered in one-serving tubes. Only 100 mg of caffeine are present in one serving of Zipfizz. As a result, there won’t be many adverse side effects.

With only 20 calories per serving and a tonne of vitamins, amino acids, minerals, and electrolytes, Zipfizz is a filling snack.

Zipfizz energy drinks are a healthier alternative because they contain natural ingredients like guarana and green tea extract.

I think a line should cost no more than $2, even though the price of a tube of Zipfizz fluctuates depending on where and how much you pay.