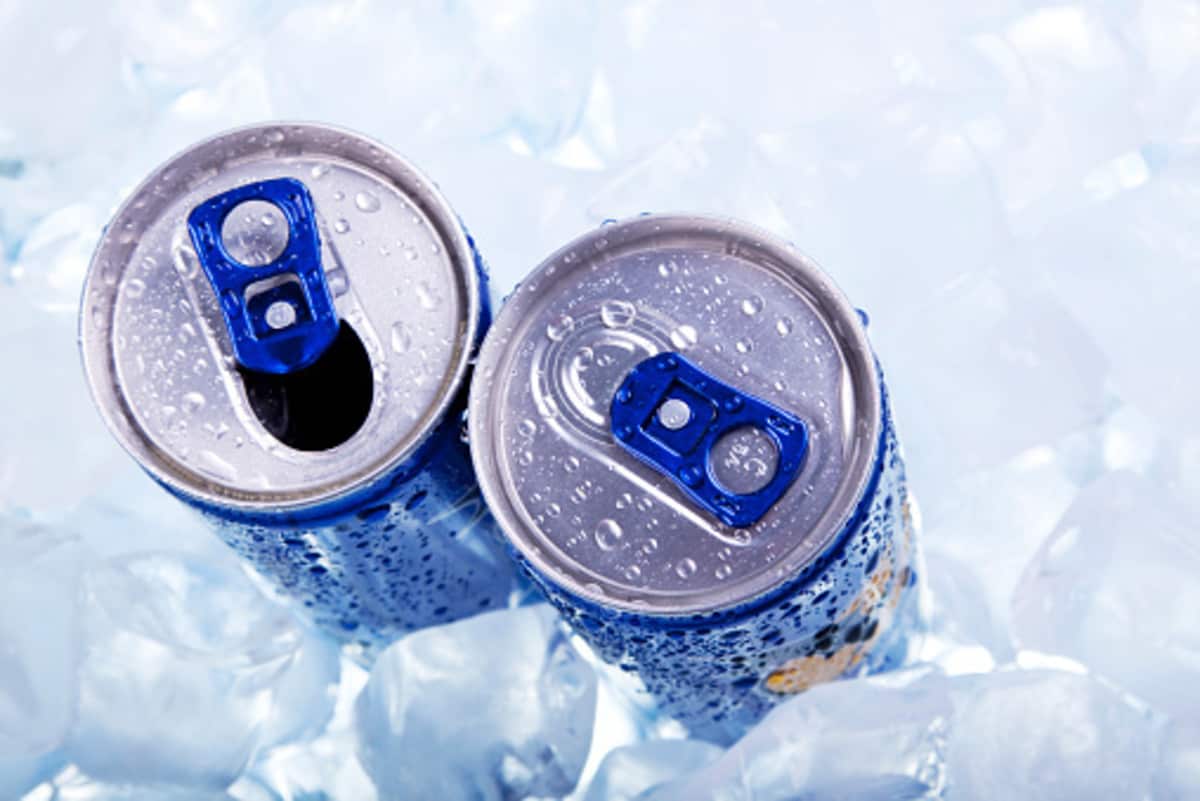 All of us have our tiring days, but we don’t like this exhaustion to cause any kind of delay in our daily tasks.

Energy drinks are a convenient option to get rid of fatigue and tiredness which might hurdle your daily tasks. The thought of extra energy makes us feel better; however, the outcome turns out to be horrifying.

Jitters are common symptoms of overconsuming energy drinks. You’re bound to suffer discomfort if you exceed what your body can handle.

This article explains how and why energy drink powders might make you feel jittery. So, read on!

First off, let’s look at the common ingredients before getting deep. Check out the table below!

Caffeine is a stimulant that affects the central nervous system. The amount of caffeine in energy drink powders varies depending on the serving.

A person’s sensitivity to caffeine changes over time and with age, as well as other factors such as pregnancy, use of other drugs or medications, and certain medical conditions.

Caffeine overdose occurs when someone drinks too many caffeinated beverages in a short period or drinks more than 400 mg in one day.

There are many benefits of caffeine consumption due to which this ingredient is added in energy drinks:

Side Effects of Caffeine

The unwanted side effects of caffeine are mentioned below:

Jitters are feelings of extreme nervousness accompanied by abnormal heartbeat and shakiness which are linked to excessive caffeine consumption.

It’s expected you’ll feel the stimulatory effect of caffeine after 45 minutes from ingesting it which can last for about 3 to 5 hours. At this point, you might get that jittery sensation!

Why Does Caffeine Make You Jittery?

Caffeine is a stimulant, which means it excites the brain and triggers the release of adrenaline and other happy hormones.

The body transforms into a different state once adrenaline is released. You might get nervousness, anxiety, and jitters as symptoms.

In addition, adrenaline makes your heart palpitate and contract harder which can potentially cause heart symptoms too.

But really, you won’t get the jitters and other symptoms if you’re consumption of caffeine is within the limit.

The FDA guidelines set 400 mg of caffeine per day as the limit. Excessive intake can result in caffeine-related symptoms such as jitters, headaches, and trouble sleeping.

People’s relationship with caffeine and energy drinks varies. Some may prefer energy drink mixes because of less caffeine, while others want it rough by consuming something stronger.

If you’re one of the lucky ones with high caffeine tolerance, you might not get the jitters despite consuming a few servings of energy mixes.

According to a study, various factors make it easier for some people to consume caffeine more than others. Some of these factors could be the body’s metabolism rate, level of physical activity, and overall health.

If your body’s metabolism rate is normal and healthy, caffeine breaks down quickly which makes you more intolerant to the stimulant.

Here’s the catch though…

You might feel like consuming more caffeine or might be left wanting an extra serving of energy mix to satisfy your body. Unfortunately, this can potentially lead to dependency or addiction.

In addition, there are factors that may speed up caffeine metabolism such as tobacco – the enzymes in tobacco tend to metabolize caffeine faster. Still, such a claim needs to be proven and explained explicitly by extensive research.

In other words, caffeine tolerance and jitters depend on various factors. If you’re relatively healthy, chances are, you might be intolerant to caffeine and jitters. But I wouldn’t suggest drinking too many caffeinated drinks!

Can Sugar in Energy Drinks Make You Jittery?

Other than caffeine, another culprit that makes you feel anxious and jittery is the sugar in energy drinks, energy drink powders, in particular.

As we know that when we consume any form of carbohydrate, especially sugar, we suddenly feel great with all the energy comes rushing in.

The thing is, when the effect of sugar wears off, that’s when you start to feel jittery, anxious, and tired which translates to symptoms of an energy drink crash.

Do Energy Drinks Make You Jittery?

Energy drinks and mixes can make you jittery if consumed excessively due to caffeine and sugar.

Overconsuming caffeine can lead to jitters. Sugar can result in a crash when it wears off which can cause jitters too!

These two ingredients are commonly found in energy drinks. So, be sure to check the nutrition facts of your energy drink powders to ensure these components are within the limit of consumption.

How to Get Rid of Jitteriness

There are several ways to get rid of the jitteriness due to energy drink consumption.

As a rule of thumb, keep your intake in moderation to avoid jitters and other side effects. And of course, to reap the maximum benefits of energy drink powders!

Some of the best ways to get rid of jitters due to energy drinks are:

Check out this video explaining how to get rid of jitters.

Energy drink powders are an excellent choice if you’re looking for something that can give you a good boost for a couple of hours.

It is a safe choice as long as you consume them responsibly. And yes, energy mixes come with side effects such as jitters.

Jitters are a common symptom of excessive energy drink intake. You might not get it if you have high caffeine tolerance!

So, to avoid jitters and other energy drink-related symptoms, put a limit to your intake and live a healthy lifestyle!