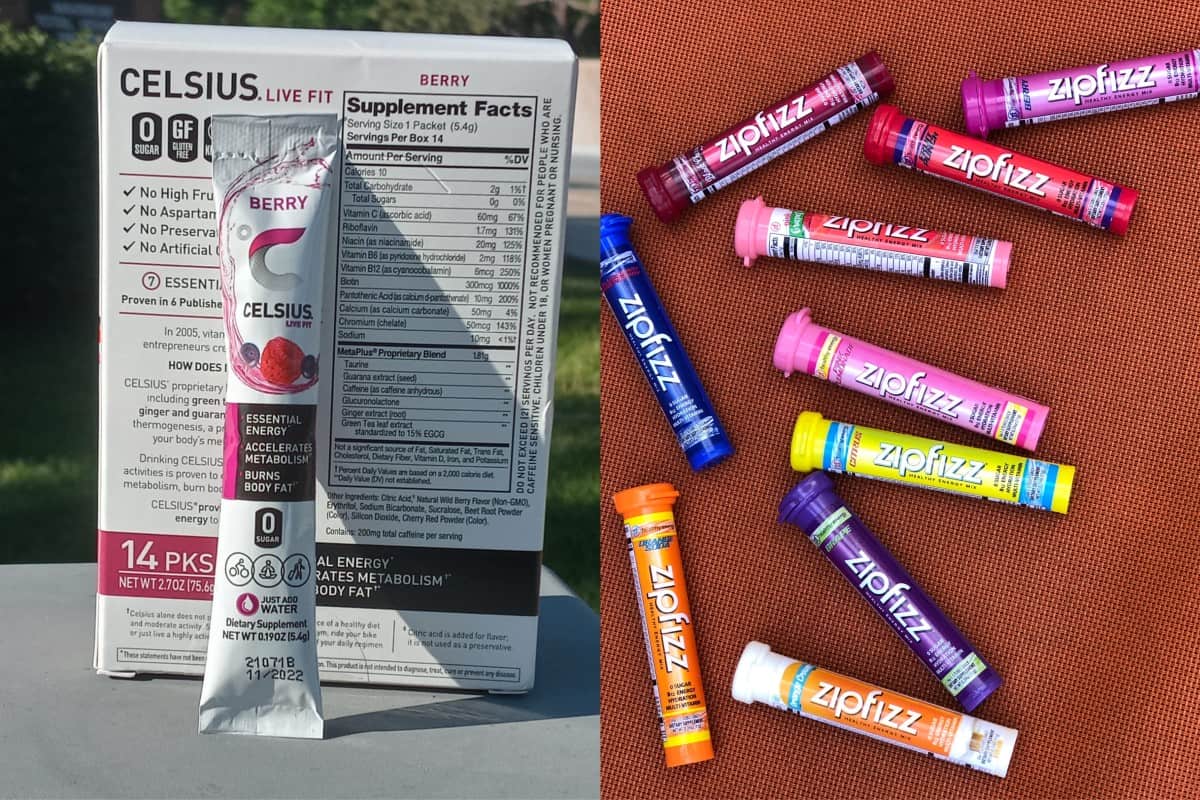 Celsius On-the-Go has earned its popularity by being claimed as a fitness drink where great taste meets function, whereas Zipfizz is marketed as an energy drink said to be a ‘healthy’ alternative to sports drinks and coffee.

Now the question is, can these energy drinks be interchanged? Will they work for the roles of each other?

The answer is Yes! Celsius On-the-Go and Zipfizz can be used for either.

Although Celsius and Zipfizz are aimed at different things, the gap between the two isn’t all that wide.

In terms of the core ingredients, they’re pretty head-on with each other. Celsius, however, finds trouble in keeping up elsewhere.

Let’s dive into the nitty-gritty details of the main ingredients and see where the similarities and differences lie.

Being stated as a low-calorie drink, Zipfizz proves somewhat being a healthy drink if you’re weight-conscious or on a strict calorie diet. Zipfizz can be just perfect for you with enough boost, with the allowance to consume other caloric favorites.

Celsius on the other hand totally stands by what they claimed. Fitness freaks might not consider having more calories as it would affect their goals, so consuming 10 calories is not much big of a deal.

Both of the brands contain a small but equal portion of carbohydrates.

Whichever brand you pick, you won’t get extra carbohydrates and to me, that is what good news sounds like. Carbohydrates are another form of calorie which helps in boosting energy but has a factor in gaining weight too.

Too much of this nutrient can cause a risk of heart disease, mortality, and CVD, so you just need enough carbohydrates for the day to boost up your energy.

According to the Dietary Guidelines for Americans DGA, your carbohydrates should take up to 45% to 65% of your total calorie intake, which means 900 to 1300 calories must come from carbohydrates if you’re consuming around 2000 calories per day.

Either of the two is great as they contribute as little as 2g of carbs which won’t make such a big difference. If you’re on a strict diet, that counts your caloric or carbohydrates intake, celsius is definitely your friend here.

The difference between the sodium content of these two drinks is kind of big.

Celsius being the fitness drink has 10mg of sodium which is a considerate amount but not up to the mark like Zipfizz. Being a fitness freak, or simply a gym enthusiast, you’d lose a lot of your stamina and electrolytes in between workouts, so you’d want yourself to stay hydrated. This is good news too as you don’t need large amounts of sodium to work for your body.

In this case, the sodium acts by regulating the thirst mechanism and helps keep the body hydrated by retaining water which is beneficial to continue physical strenuous activities.

On the other hand, Zipfizz has just the amount that can be called a healthy drink because you need to stay hydrated every day to function because dehydration might cause you fatigue and laziness.

What matters the most is that both of the drinks have sodium content within the limits set by FDA. As too much sodium increase health risks such as high blood pressure.

Both Celsius and Zipfizz are sugar-free drinks.

As you can see, both of these drinks don’t contain any sugar in their formula, which to me is a big thing. This means there will be no issues of experiencing a sugar crash.

Excessive sugar can lead to health risks such as high blood pressure, diabetes, tooth decay, cravings, or headaches when the effects of caffeine wear off.

Being sugar-free doesn’t mean you’d have to compromise on taste, both of these drinks use artificial sweeteners to enhance the taste.

Celsius On-the-Go, as well as Zipfizz, uses artificial sweeteners to enhance the flavor.

Both Celsius and Zipfizz use two types of artificial sweeteners. Sucralose is calorie-free while Xylitol has a few calories.

If you prefer to have no calories then celsius is your best pick. Sucralose is 600 times sweeter than sugar and non-nutritive.

Artificial sweeteners may have a negative image in front of the public but it has been declared by FDA that sucralose, xylitol, and erythritol are safe to be used by humans.

This means there isn’t going to be any sugar crash and the risk of diabetes will be eventually reduced.

The caffeine content is something that intrigues one to choose one drink over the other.

Caffeine is a natural stimulant that stimulates your brain and central nervous system, it works by blocking off the adenosine receptors, thus suppressing feelings of fatigue and tiredness.

Zipfizz here has an adequate amount of caffeine, just enough to feel the effects of caffeine but not as strong as you will feel through celsius.

Celsius has half of the daily recommended caffeine intake by the FDA, which means think twice before having one, as it can result deadly in side effects if overdosed.

The recommended dose by FDA, fo a healthy individual should be no more than 400mg. This is done to prevent side effects such as insomnia, headaches, lack of concentration.

If you prefer to avoid nausea, insomnia, headaches, and nervousness, I’d suggest you pick zip fizz over celsius so you can avoid serious effects if your body is not tolerant to caffeine.

Here is a video explaining what caffeine does to your body:

Comparison of Ingredients Celsius vs Zipfizz

Now that we have seen all the main ingredients let’s take a look at the nutrition too:

Zipfizz contains more vitamins than Celsius, which can be a plus if you want a less caffeinated drink.

In terms of vitamins, Zipfizz is truly more nutritious than Celsius. Zipfizz contains all the B vitamins except B7, whereas Celsius contains 6 of the total B vitamins.

These vitamins are beneficial on their own but if you’re looking for a more nitrifying drink, then Zipfizz is your best bet.

Although Celsius has biotin and niacin, there are eventually many benefits that Zipfizz provides you with. Vitamin B is really important in boosting your energy and cognitive functions.

Let’s move forward to the minerals and electrolytes to see if Celsius can take the lead!

Take a look at what Zipizz and Celsius have to offer you in terms of minerals and electrolytes, both being beneficial inclusions in any formula.

As you can see Zipfizz clearly takes the lead here too, being richer in minerals than Celsius.

Only Zipfizz has manganese, copper, selenium, potassium, zinc, and magnesium in its formula which is beneficial for your bones, the production of red blood cells, and the production of necessary proteins in the body.

Both of the drinks have taurine as amino acids, so this part is not that tricky to choose from.

Taurine has vital roles in our body such as helping support nerve growth, regulating calcium levels in certain cells, balancing electrolytes in the body, and creating bile salts.

With this good of a benefit, it’s fortunate both drinks have the ingredient in their formulas.

Price is something that keeps everyone thinking about whether it’s good to put that hold in your pocket or not, and surely both brands are likely to vary in this case.

Evidently. Zipfizz is a little on the costly side here but that’s because it offers a lot more servings than Celsius does. Price-wise, it comes up to about $1.89 per serving which isn’t all that bad.

Celsius on the other hand offers lesser servings per pack for a cheaper price, rightfully so. It comes up to about $1.18 per serving which isn’t that big of a difference to Zipfizz.

Ultimately, if you’re looking for a bigger commitment and a longer gap between purchases then Zipfizz will serve this purpose better.

Which energy drink has better flavors?

This category is often a deal-breaker. Limited choices can mean trouble for anyone picky, and since these are mostly flavor-focused, they can get tiring easily.

Between the two, Zipfizz has comparatively more flavors than Celsius. Let’s take a look at them.

Celsius has a total of 12 flavors that you can choose from.

This is a good amount of flavors, with names that are pretty straightforward. This means you don’t have to guess what they’re supposed to taste.

Zipfizz has a total of 14 flavors and has a fruity theme.

Zipfizz has a couple more flavors than Celsius which isn’t honestly that big of a gap. Similarly, its flavors are fruit-themed.

Between the two, there’s really not much difference as they’re both pretty straight forward and it’ll be easy to find a flavor you like with the option to switch up to something else time and again.

Where to Buy Celsius On-the-Go and Zipfizz?

Celsius and Zipfizz, both are available in a variety of online stores. Here’s where you can find them:

If you’re used to shopping online, you’d find this very convenient. There’s no need to get up and tire yourself when you can attain your purchase in a few clicks.

The only downfall is that when you order online, the drink arrives in a few more days with the addition of the shipping cost. It’s more convenient to hop onto your nearest store and grab those delicious drinks but this is sadly not available with either brand yet.

If you wanna know how to go about purchasing from Zipfizz, check this out.

Zipfizz claims to be a healthy drink and indeed is one as you’ve seen, with its wide selection of vitamins, minerals, and electrolytes. Although Celsius is catching up on everything else, these nitrifying inclusions can be a deal-breaker.

If you have an active lifestyle, you might want to stick with Zipfiizz as it has less caffeine and won’t interrupt with extreme caffeine withdrawals. It’s also got the nutrients to keep you supplicated.

If you’re not too worried about that, Celsius is a good enough option. These two drinks can be switched up and function just similarly no matter for what. 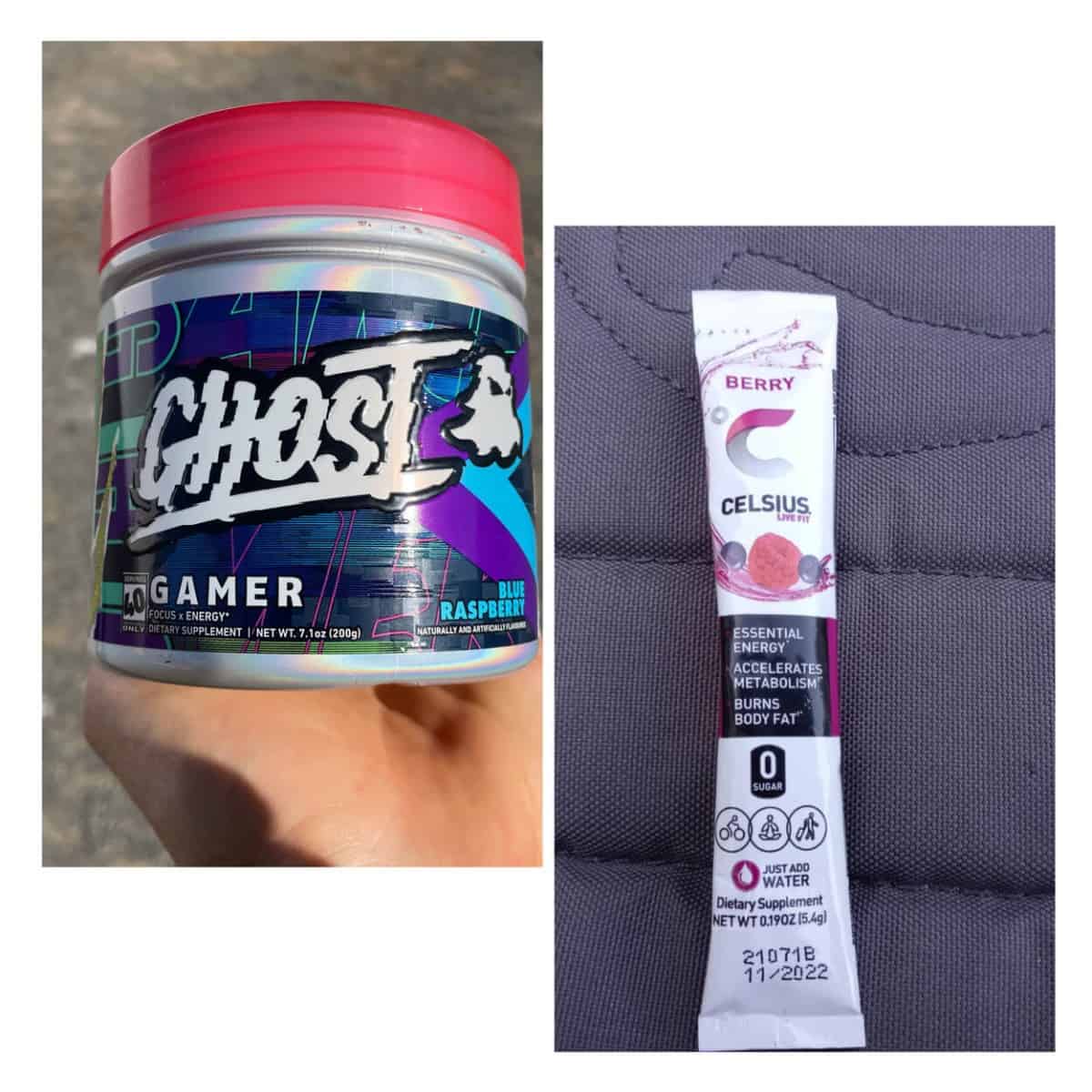 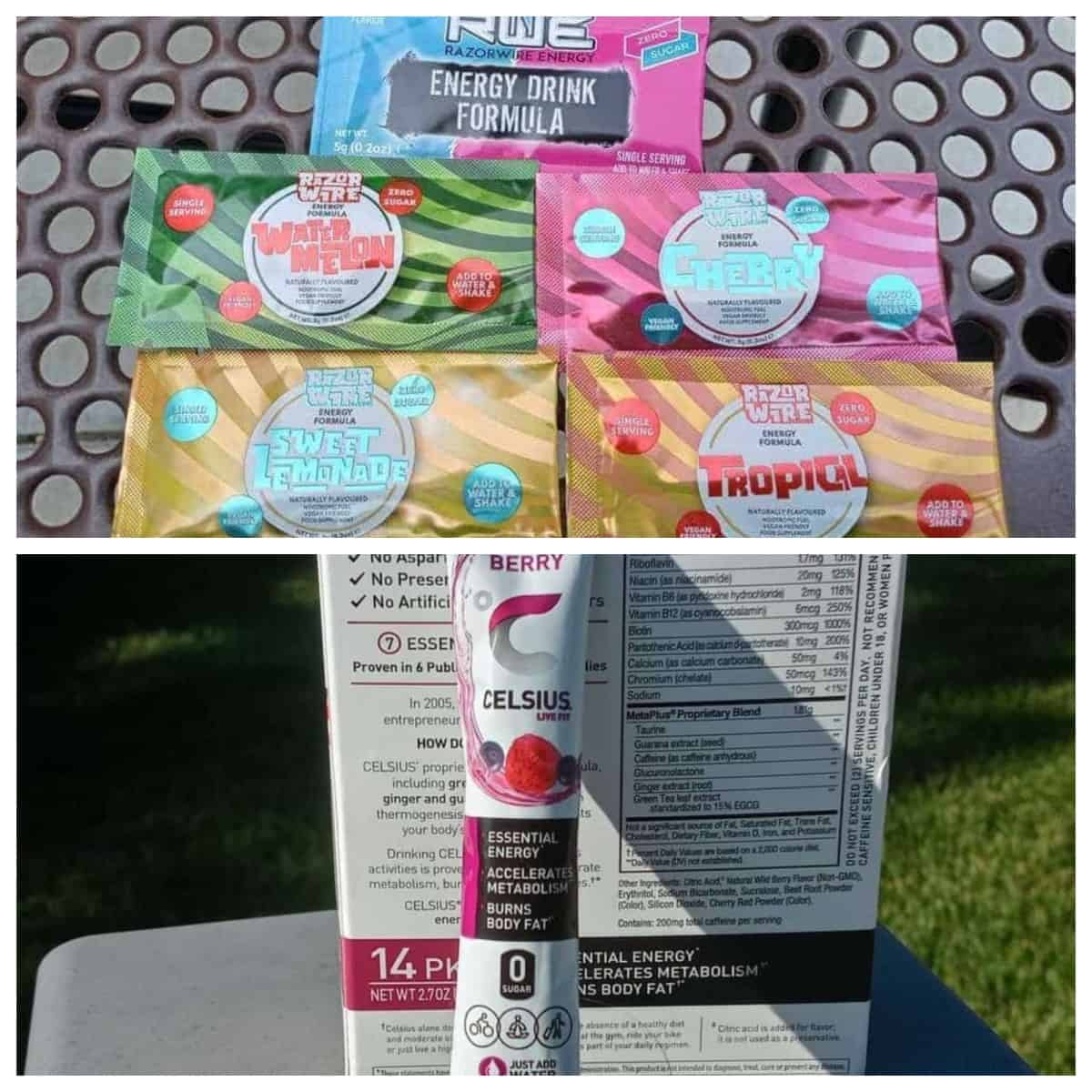 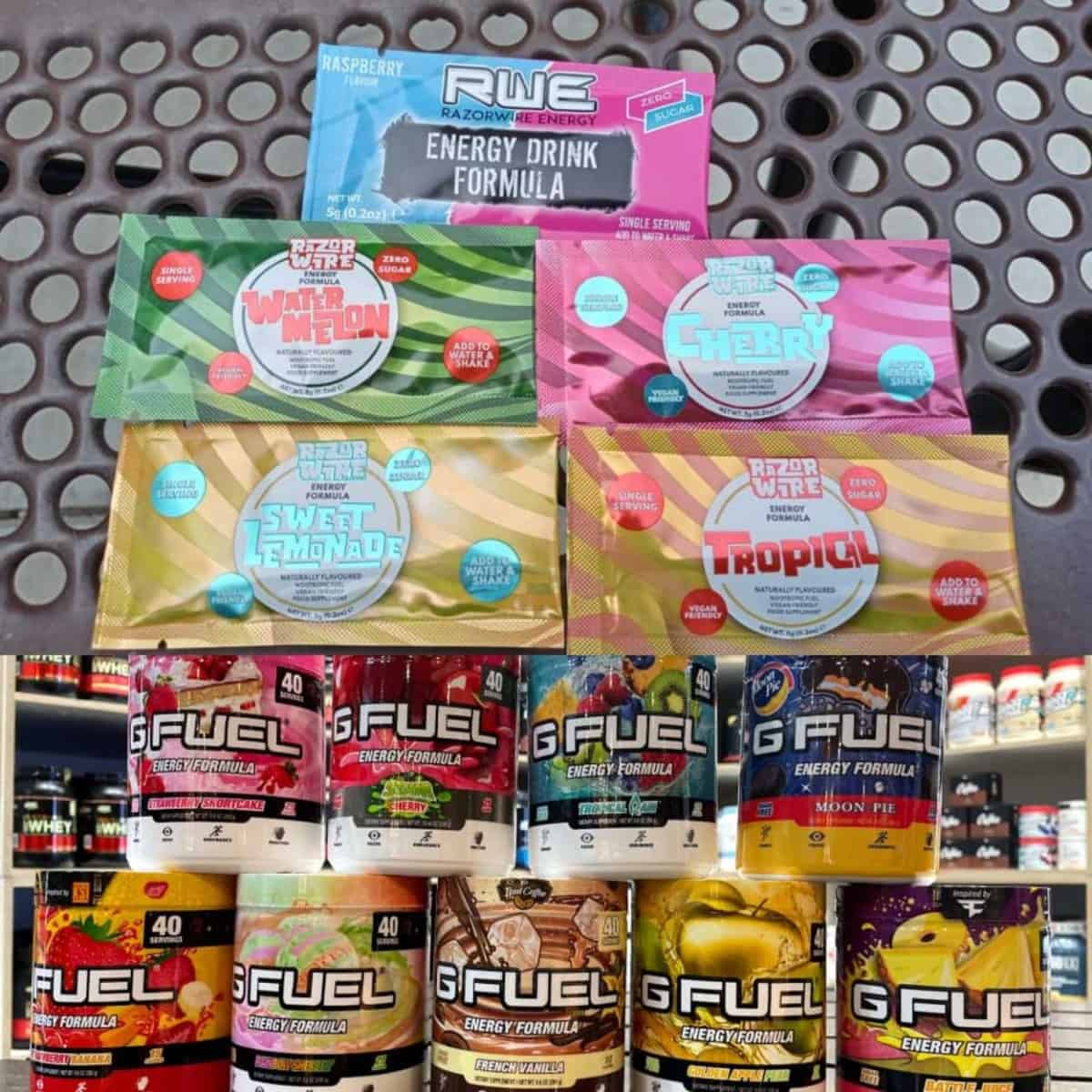