Skip to Content
Home Vs Ghost Gamer Vs Sneak (Which Ones Better?) 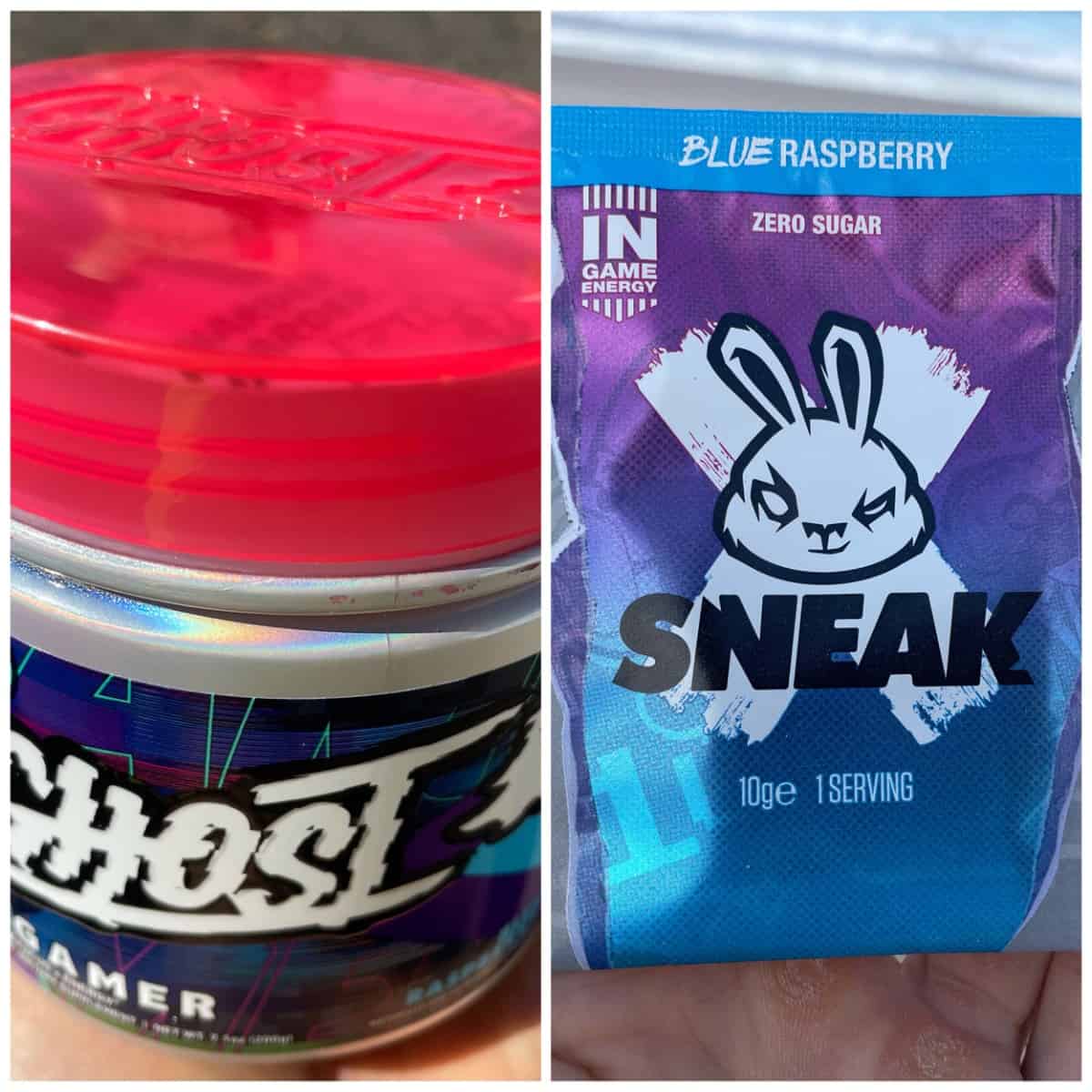 With both formulas being a gaming drink that claims to give you concentration and focus, it’s quite difficult to figure out which ones are worth it for the money.

However, the obvious fact is it doesn’t require much analysis as they have quite common ingredients. From their caffeine content to their price, these two are pretty head-on which can make choosing the best one a bit difficult.

Here I have collected some comparisons of their formulation to help you choose better so read on.

In terms of core ingredients, both of them are head to head with only some minor differences.

Energy drinks are fueled up with sugar, calories, and carbohydrates, as well the star of the show which is caffeine.

You’ll see that Sneak contains both calories and carbs, but are similar to Ghost Gamer in sugar and caffeine.

Let’s take a look at their content to see where the difference and similarities lie.

Ghost Gamer clearly takes the lead here by being calorie-free.

Calories aren’t all that bad as they’ve been portrayed, however, you can’t deny that it’s part of a lot of health complications such as weight gain and obesity. This makes it understandable for people to avoid calories.

If you’re on a strict calorie diet, then Ghost Gamer is your go-to drink.

As a gamer, you spend hours sitting at one place, which may cause weight gain since you’re not burning any calories, only consuming them.

However, if you have an active lifestyle besides gaming all day, you can opt for Sneak as these many calorie contents don’t make a huge difference if you’re burning them all. These can even give you a little energy boost.

Carbohydrates are another form of calorie, which give you energy but are also likely to cause weight gain, especially if it’s not burned properly.

Too much of this nutrient can result in heart disease and CVD. Luckily both of the drinks don’t have such high content to cause an overdose. One to three grams of calories aren’t enough to lead to complications.

If you’re on a weight loss journey, you might want to put Sneak aside and go for Ghost Gamer. Its content isn’t that big of a margin to affect your goal.

According to the Dietary Guidelines of Americans DGA, your carbohydrates should take up to 40 to 60 percent of your total calorie intake.

While Ghost Gamer still being on the lead, let’s look into their sugar content.

Both Ghost Gamer and Sneak Energy are sugar-free.

Sugar gives you a quick boost but causes sugar crashes after its effects wear off. It also has no nutritional value, with only the purpose of sweetening a drink that isn’t worth the health problem.

Being sugar-free means you won’t be experiencing any sugar crashes nor any sugar-induced health risks, which is a good deal as you wouldn’t want to crash in between your game or acquire any long-term health problem.

This is advised to avoid overdose and health side effects such as:

But being sugar-free doesn’t mean you’d have to compromise on taste. These drinks use artificial sweeteners, let’s look into their contents.

Artificial sweeteners don’t cause sugar crashes and are utilized by both brands.

Both of the drinks use artificial sweeteners in place of sugar to make sure that your drink is enjoyable while still taking your health into consideration.

Sucralose is 600 times sweeter than sugar, it’s non-nutritive and a high-intensity sweetener. This means that there’s no need to add a lot of these ingredients as a little sweeten a long way.

Artificial sweeteners can be said to have negative effects but sucralose and acesulfame potassium have been declared safe to be consumed by the FDA so you won’t have to worry.

In addition, these don’t cause spikes in blood sugar levels, sugar crashes, or weight gain so you’ll be rest assured to know that this is meant for your enjoyment without the catch.

Watch this if you’re curious to know more:

Now that we know both drinks are sugar-free, let’s look into their caffeine content.

Caffeine is found in cocoa, tea leaves, and coffee, and is often the highlight of energy drinks.

Caffeine is a stimulating agent, which works on the brain and central nervous system. It works by blocking off the adenosine receptors making you feel energized and focused.

According to the FDA, a healthy adult can have no more than 200mg of caffeine daily. This is advised to avoid the side effects of overdosing on caffeine which can prove fatal if your body is not tolerant to caffeine.

Here, both Ghost Gamer and Sneak Energy have the same content of caffeine.

This means you can choose any drink and they’ll give you similar results. This amount of caffeine is enough to give you the mechanism boost that you need which can be boosting you for work, for a workout, a study session, and even give you the concentration to go about your task with high performance.

However, be wary of your intake. Although caffeine is useful and beneficial, the body takes it differently and overconsumption is common, leading to an overdose.

Caffeine overdose can lead to side effects such as:

With that, it’s important to recognize your caffeine tolerance and adjust your intake accordingly.

Now that we have discussed the main ingredients, let’s look into the nutrient content of both drinks to see what they have claimed and what they are serving us.

Ingredients in Ghost Gamer and Sneak

These additional ingredients go beyond the core of an energy drink and are often included for nitrifying purposes. You’ll find that in terms of these, Sneak is greatly outweighing the benefits of Ghost Gamer.

Ghost Gamer has included some vitamins, amino acids, or minerals, but Sneak has stolen the show with more in their formula.

Vitamins are essential macronutrients commonly added in small quantities to aid the body’s functions. These work in a variety of ways depending on the vitamin in question.

In terms of vitamins, Ghost Gamer has only 3 B vitamins, whereas Sneak contains almost every B vitamin. This is a huge gap if you look at what important vitamins are missing from the drinks.

These vitamins are beneficial on their own but if you’re looking for a nitrifying drink, Sneak energy is your best pick as the brand has these and more that Ghost Gamer cannot offer.

One of these is riboflavin and thiamine which are helpful in the function of the body’s metabolism. There is also biotin that helps protein build up in the muscle which is greatly helpful if you’re an athlete or love to work out.

These are a lot of benefits that Sneak offers, and Ghost Gamer lacks.

Let’s now dive into the minerals and electrolytes that these drinks provide us with.

Minerals and electrolytes are necessary to maintain and support the functions of your organs such as the liver, the bones, the heart, and the brain.

As you can see, Sneak has more minerals and electrolytes than Ghost Gamer, so Sneak is the one leading here too. These ingredients deal with bone strength and development, as well as the thirst mechanism of the body to keep you hydrated.

Once again, Ghost Gamer is lacking in its nitrifying benefits.

Sneak has more advantages when it comes to amino acids with a lot more inclusions in comparison. The amino acids play an important role in building proteins and producing hormones and neurotransmitters such as dopamine and epinephrine.

By comparison, Ghost Gamer offers three, albeit beneficial amino acids, while Sneak offers five, all of which are helpful and important.

Ghost isn’t an entirely bad drink when it comes to nutrition, but Sneak definitely won this face-off. Check this out for more information on Ghost Gamer’s formula.

Flavors fall in my first category of selection. Both of the drinks have a variety of flavors but Ghost has a very limited selection, and Sneak has comparably a lot more to offer. In this category, Sneak Energy has a lot more flavors.

Sneak has a total of 12 flavors which you can choose from.

They have done a great deal in naming their drinks according to the flavors so you can make a spontaneous pick while still sticking to a fruit theme so you’ll have some idea of their taste before ordering.

Ghost gamer has 7 flavors at the moment which can be a downfall if you’re picky.

They have gone a step further and added games into their energy drinks as a way of marketing and attracting gamers which is arguably fun but can be difficult in anticipating the taste of the drink.

Sometimes you want your investment to be worth it and energy drinks are definitely an investment you want to spend wisely.

Here, there’s a single dollar difference in both of the drinks. They both offer 40 servings in their tubs so this can be a tough pick.

I’d say go for Sneak Energy as it’s proven to be a lot more nutrifying and energizing than Ghost, with a wider selection of flavors too.

However, Ghost gamer is not that bad with only $.98 per serving with the same amount of caffeine as Sneak. If you found a flavor here that you like, then opting for Ghost Gamer isn’t a bad decision either.

Ghost Gamer and Sneak are available in tubs and sachets, respectively.

Where can you buy Ghost Gamer and Sneak?

The availability of a drink is often a deal-breaker for most people. You’d want something you can access easily without your purchase experience proving to be a drag. Here, Ghost provides.

Despite many benefits, Sneak is only available online and through Amazon’s website. If waiting and paying for shipping isn’t a problem for you then you can still enjoy these benefits.

However, if you need to have your fill immediately and aren’t all that bothered about the other gaps, then Ghost Gamer is your pick.

These two started off somewhat similar and have proved that there is a clear disparity between the two of them.

Sneak Energy is reasonable and comes in handy, it has more vitamins and minerals, with the calories and carbs for some added boost. It’s got a wider selection of flavors but isn’t available for purchase in-store.

While my preference is Sneak Energy, Ghost Gamer isn’t that bad being zero-calorie, zero carbs, and zero-sugar, and with the same amount of caffeine. You can even run out and grab one for yourself in-store!

I prefer the benefits provided by Sneak in terms of caffeine and the nitrifying ingredients it has, as you’ll be getting both a boost and a consideration of your overall health. This is also a good option for you if you don’t find the calories and the shipping to be a problem.

Check this out for more information on Sneak Energy. 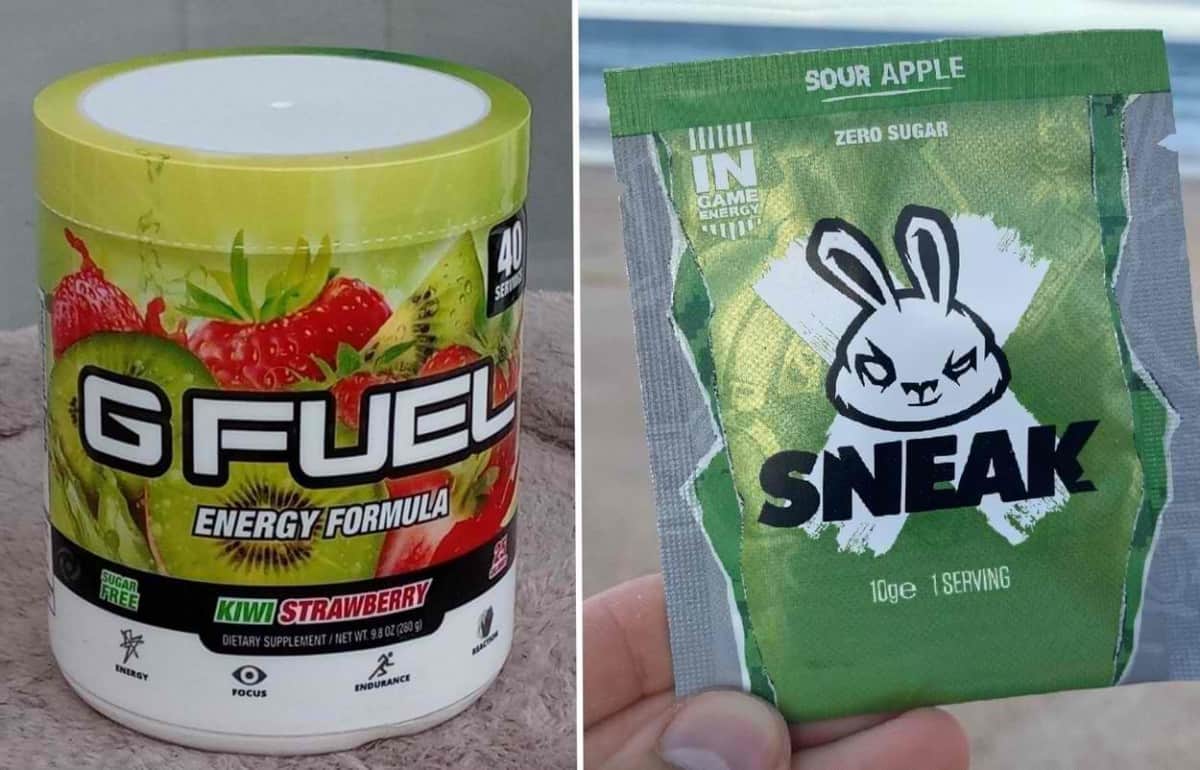 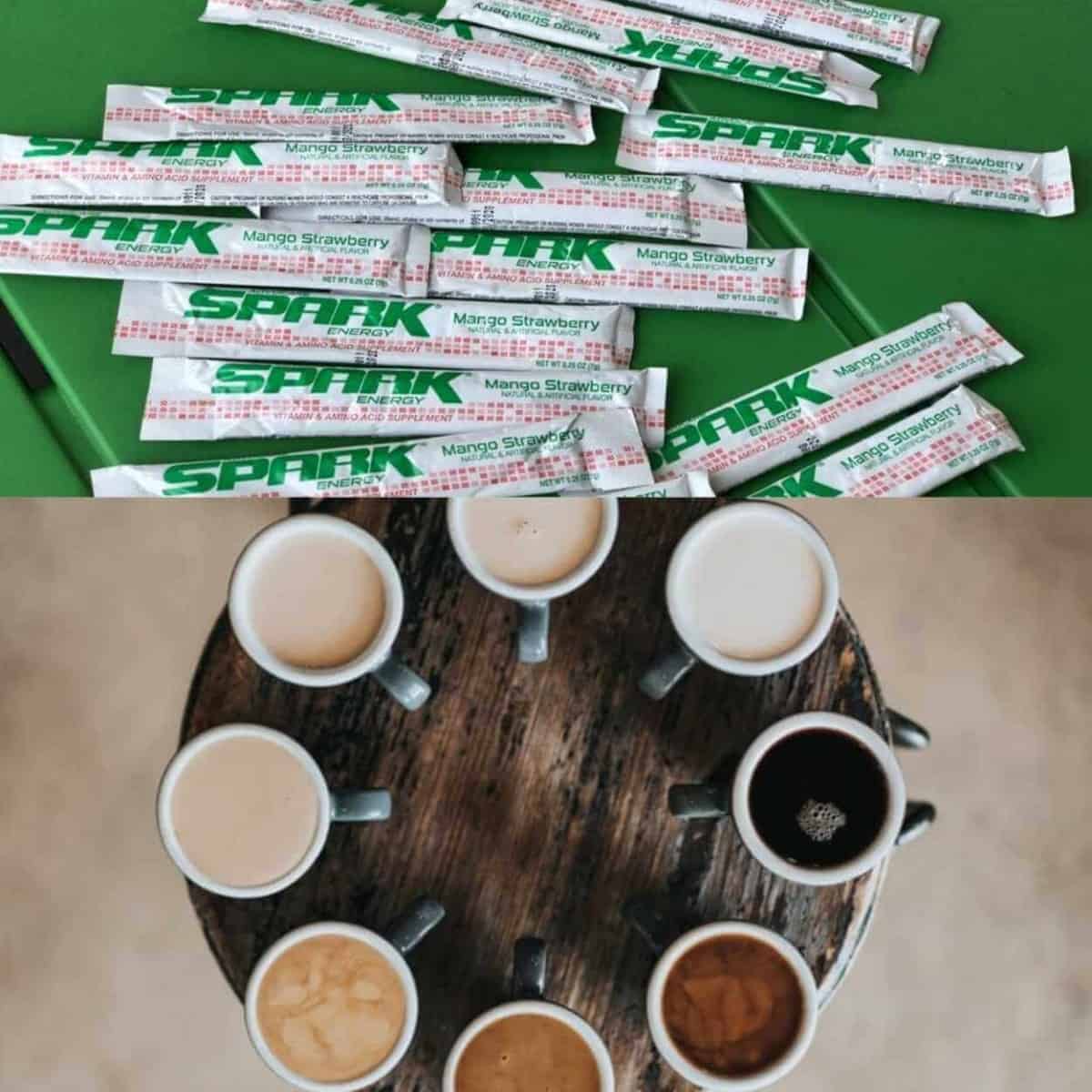 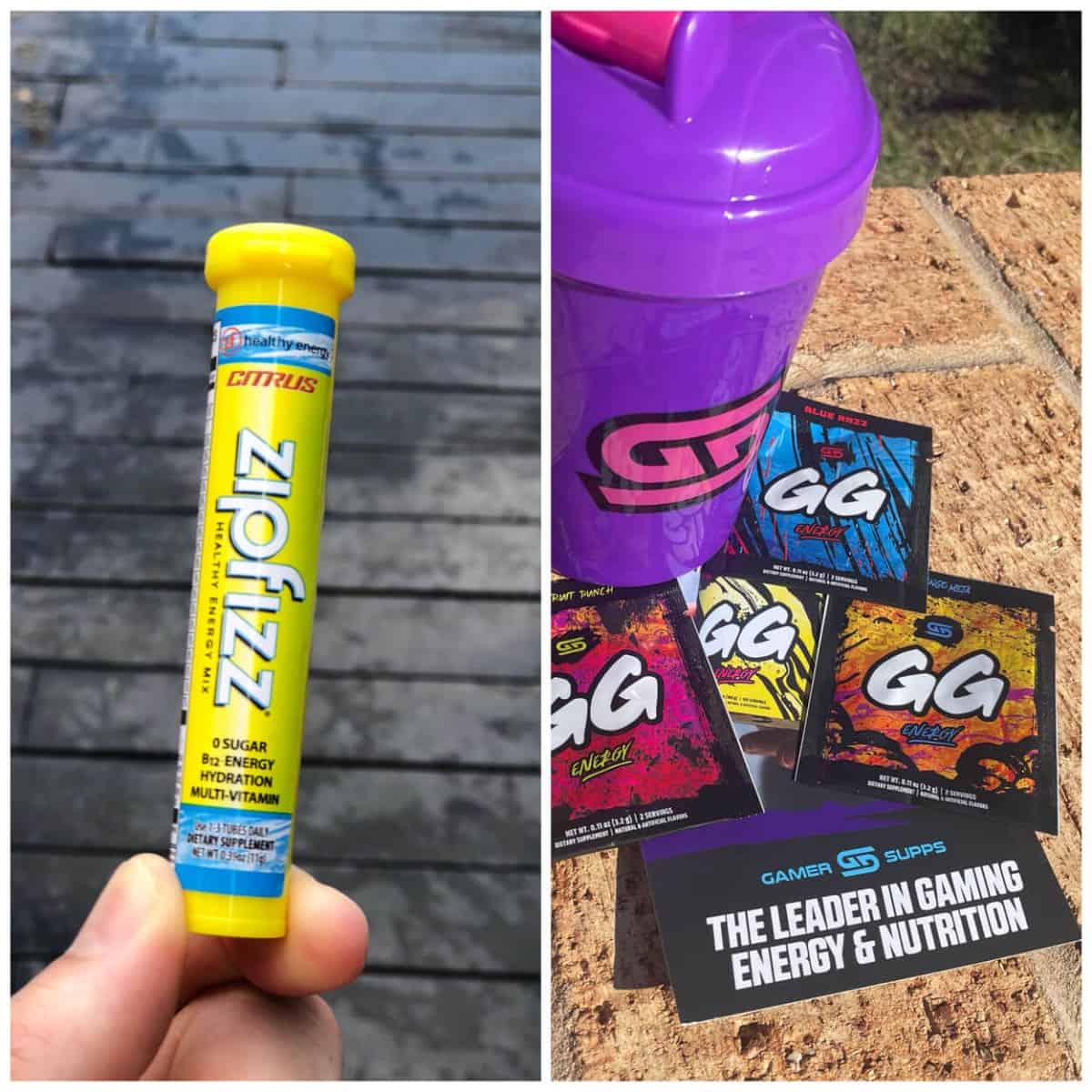