Energy drinks are beverages that provide an extra boost of energy. They are often marketed as beverages that improve mental focus and physical performance, which in turn, can be harmful if consumed too often.

In the same way, Glitch Energy is a type of drink that is consumed to provide the body with energy. This drink contains caffeine, vitamins, and other ingredients that can increase alertness and improve physical performance.

To explore this drink a little more, let’s see what type of ingredients Glitch Energy contains and what are the benefits and side effects of these ingredients. Also, we’ll tackle Dynamine – one of the Glitch’s most highlighted ingredients.

Glitch Energy can be used by athletes, students, and people who work in jobs that require concentration, mental strength, and physical activity.

Let’s see the nutrients it contains in the table below.

What is in Glitch Energy Drink?

Here’s what’s in a serving of Glitch Energy:

As you can see, these ingredients are purely related to building up physical stamina and mental activity. Let’s look closely at some of them!

How Much Caffeine is in Glitch Energy?

A serving of Glitch is infused with 150 mg of caffeine.

The caffeine in Glitch is considered moderate and still within the safe limit based on the FDA guidelines.

If you feel like you are sensitive to caffeine, it is in your best interest to cut down on the stimulant to avoid the following side effects:

Side Effects of Caffeine

On the other hand, if you have a friendly relationship with caffeine, these are the potential benefits that you can gain from it:

Glitch Energy contains vitamins C, D, E, and B12 which means that it can potentially offer a good amount of nutrients to your body.

I have constructed this table for a better view of the vitamins in Glitch and their benefits.

However, it uses the low-caloric artificial sweeteners sucralose and acesulfame potassium which is good news for people who are trying to cut sugar to lose some weight.

With Glitch being sugar-free, it is unlikely for you to suffer from a sugar crash. This sounds quite appealing to many but artificial sweeteners do have their share of unpleasant side effects.

It is highly advised to limit your intake of anything with artificial sweeteners, including Glitch Energy.

Dynamine is a supplement with a structurally similar compound to caffeine that also inhibits the adenosine receptors in the brain.

Additionally, it boosts caffeine life twice which in theory makes the effect of the stimulant last longer. For that reason, it is used in Glitch Energy to give you an extra caffeine boost for quite a while.

Unfortunately, it has been banned since 2020 due to the increasing cases of adverse and harmful effects. If you’re in Australia, chances are you won’t be able to buy sports supplements with Dynamine as an ingredient. The Australian Department of Health prohibits the use of this ingredient in sports supplements and some declared goods.

With this in mind, you should think twice before consuming Glitch Energy. It wouldn’t hurt to follow what the experts say!

This video explains further what Dynamine is. Watch it!

There’s at least 2000 mg of taurine in a serving of Glitch Energy.

Taurine is an abundant amino acid that is naturally sourced from meat, fish, and egg. In the case of Glitch, we can all assume taurine is synthesized in laboratories.

In contrast, too much taurine can disrupt sleep, causes anxiety, and can also raise blood pressure. So, be sure to just consume within the limit.

L-Citrulline is a non-essential amino acid that is interestingly found in watermelon. Although it is an amino acid, L-Citrulline isn’t used to make protein but to increase the concentration of chemicals the body needs to produce protein.

With energy drinks like Glitch, L-Citrulline is used to improve athletic performance.

The body naturally converts this ingredient to L-Arginine which dilates blood vessels for the muscles to receive more oxygen and nutrients.

The dilation of blood vessels results in increased blood flow which can result in enhanced physical performance and quick muscle recovery.

L-Tyrosine regulates several neurotransmitters such as dopamine, epinephrine, and norepinephrine. It is also the building block of protein that produces another amino acid called phenylalanine.

In addition, tyrosine is found in the body and most of its fluids. It produces enzymes, thyroid hormones, and skin pigment melanin. Also, L-Tyrosine is used in Glitch Energy for energy metabolism and for boosting cognitive functions.

Green Tea Leaf Extract is used in Glitch to boost nitric oxide production which relaxes the blood vessels and increases blood flow in the brain.

A high level of nitric oxide can boost mental functions and increases oxygen in the brain. With that said, you’ll feel more alert and focused after consuming a serving of Glitch Energy.

Apart from this, here are the other benefits of green tea itself:

If you want a more thorough analysis of Glitch’s notable ingredients and other important details, check out my Glitch Energy Drink review.

Glitch and Glytch are two different brands and they can be easily distinguished in terms of ingredients.

Both of these energy mixes are made with different sets of ingredients and are also manufactured by different companies.

So, you shouldn’t mix up the two!

Glitch Energy is not bad for you if consumed in moderation.

What concerns me the most is the ingredient Dynamine which is considered a toxic substance. In my opinion, the way Glitch advertises Dynamine as one of its best ingredients is a bit dodgy at some point. True enough, it’s going to give someone a better kick but I’d rather go for regular caffeine to stay on the safer side.

Of course, this is a personal take and we all look at things differently. Still, it’s entirely up to you if you want to go grab a packet of Glitch.

Glitch Energy is an energy powder mix that is loaded with caffeine, amino acids, vitamins, Dynamine, and other energy-boosting properties.

A regular serving of Glitch is infused with 100 mg of caffeine capable of giving you the boost that you need for a couple of hours of gaming or working out.

The caffeine effect of Glitch is stronger and will last longer compared to other energy mixes due to the ingredient Dynamine. (As a fair warning, Dynamine is banned in other countries because it is considered toxic.)

Sounds like the ingredient used in Glitch are designed to help you stay focused and alert while getting through the day’s tasks. Still, it is imperative that you stay within the safe limit of consumption to avoid any side effects.

Cheers, and enjoy Glitch not Glytch for this article! 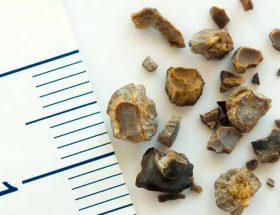 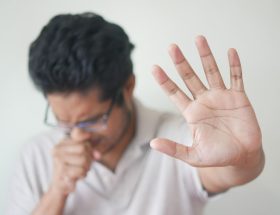