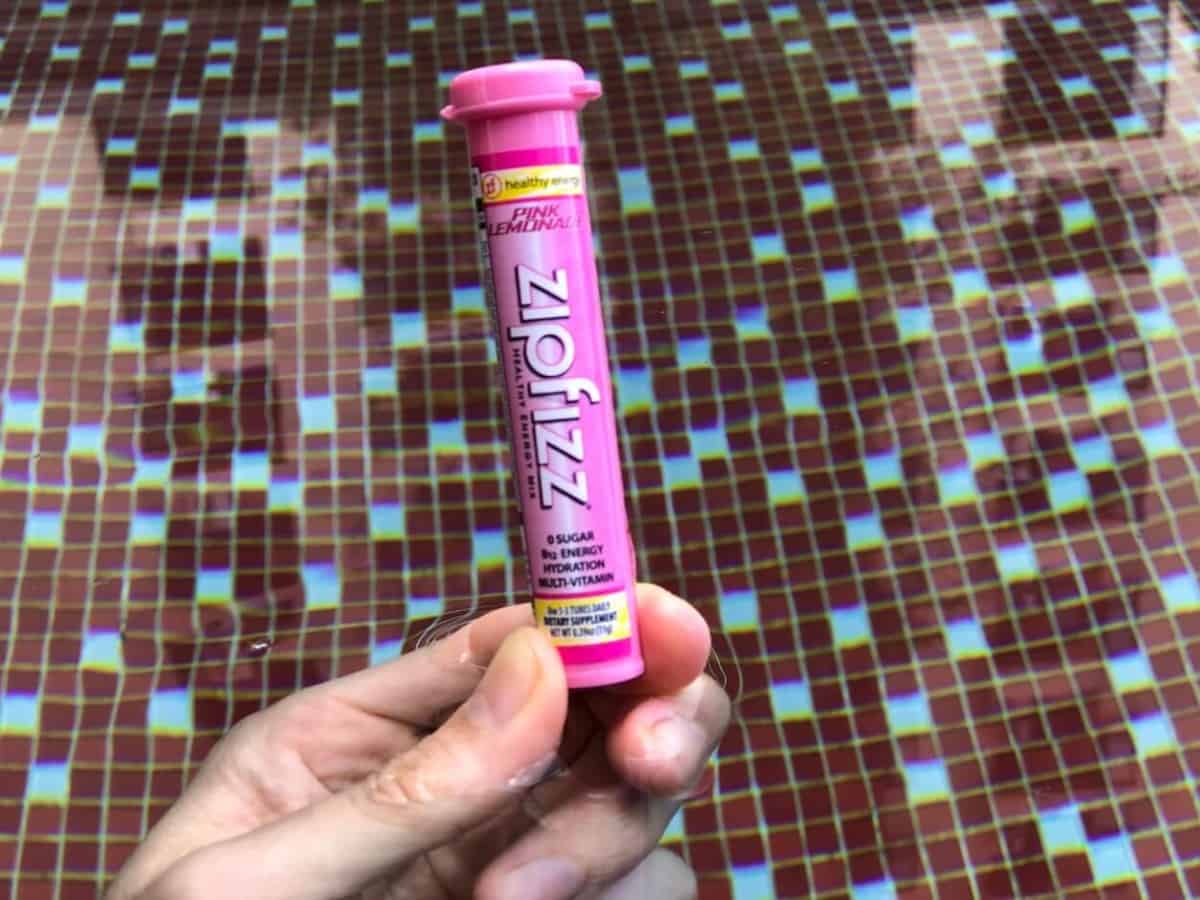 Presently, there are many growing specificities to diets that are catered to different people. Recently, a Keto Diet has been making its rounds and it’s a common question to see if energy drinks such as Zipfizz work for Keto.

The answer to that is certainly! Zipfizz is an energy drink that is low in calories and sugar-free, which makes it ideal for people on a ketogenic diet.

But what exactly makes Zipfizz Keto?

I am going to reveal to you exactly what nutrients and substances are included in Zipfizz, whether you are just curious or you are following a ketogenic diet or neither.

Keto is a kind of diet that makes use of low-carb foods and draws energy from fat instead. This means that your meals and drinks are preferably low in calories and carbs, but are high in fat so as to provide you with enough energy to keep you sustained throughout the day.

This diet often makes use of proteins such as salmon or chicken, and highly encourages dairies such as milk and cheese.

In order to achieve ketosis, your body burns fat instead of carbohydrates and sugars, you must strictly restrict your carbohydrate and sugar intake. This also means that if you consume enough fats, you’ll likely not have enough energy for your day.

You may find yourself reaching for an energy drink that doesn’t negate the purpose of your diet. Luckily, Zipfizz fits the bill.

Zipfizz is primarily a natural drink with a few synthetic additives.

The ingredients are as follows:

This list covers core ingredients such as caffeine and sucralose, as well as nitrifying inclusions like Grapeseed Extract which have benefits on their own. We’ll dive into these more soon.

How much caffeine is in Zipfizz?

There is 100mg of caffeine in each tube of Zipfizz.

Natural caffeine is found in the plant Guarana, which is commonly found in the Amazon. You should still be cautious when it comes to how much caffeine you take, regardless of the fact that it is natural.

Caffeine is a natural stimulating ingredient that is often overconsumed by many of its enthusiasts. If you consume regularly, it’s likely that you have built up a tolerance for it. However, if you find that your body doesn’t respond to caffeine well, it’s best to regular your consumption.

According to the FDA, healthy adults should consume no more than 400mg of caffeine daily. Despite Zipfizz’s comparatively small deviation, it’s better to limit yourself to one tube at a time.

The negative side effects of caffeine overconsumption are as follows:

Luckily, Zipfizz contains only 100mg of caffeine which is relatively low. You can add up to two servings if you wish for more of a boost, but 100mg is about the same amount as a regular cup of coffee so this is a sufficient boost.

Check out this video for a deeper look into caffeine:

Is the caffeine in Zipfizz Keto?

Yes! Caffeine is derived from natural coffee beans which are calorie and carb-free, making caffeine keto!

Even better, you can add your milk and sugars and still be able to enjoy your coffee like usual since a keto diet accommodates less than 20% of calories to still be keto-friendly.

So as long as you keep your caloric and carb consumption to this percentage, you’re still keeping up with your Keto Diet.

Are the artificial sweeteners in Zipfizz Keto?

Zipfizz sweetens its drinks with Xylitol, Acesulfame-K, and Sucralose

Sucralose and Acesulfame-K are calorie–free, and Xylitol is low in calories with only 2.4 per gram, making both these ingredients keto-friendly!

Among Zipfizz’s electrolytes are magnesium, potassium, and sodium.

When you exercise, you tend to lose a lot of fluids. Electrolytes are important for replenishing those fluids. They contribute to a number of vital functions for the body, including:

Citric Acid is calorie-free and carb-free but it is often frowned upon for a Keto diet as it tends to slow down the function of ketosis, making them have more of an appetite but this is merely a theory and has occurred to a select few people.

Citric Acid functions in Zipfizz as a preservative rather than an active ingredient in the formula. What this does instead is hinder the growth of bacteria in the formula, which extends its shelf life and makes it accessible to you for longer.

Is ZipFizz good for hydration?

Your daily workouts can be made more effective when you use Zipfizz since it replenishes lost fluids.

Despite what you may think, electrolyte-rich drinks can promote quicker recovery and prevent headaches and energy loss. The reason for this is that electrolytes also help keep the body in a state of homeostasis.

Fluid imbalance and electrolyte loss can occur when the body loses more than 2% of its water. The results can be detrimental to health as well as productivity. Dehydration may also result from the effects. Among the consequences of dehydration include the following:

With the electrolytes present in Zipfizz, you’ll be sufficiently hydrated and won’t have to worry about these risks.

There is no added sugar in Zipfizz. Sweetener substitutes (Sucralose and Xylitol) are used instead.

The sugar alcohol Xylitol is found in berries and barks of birches. It is similar to sugar in sweetness but contains fewer calories making it better for a keto diet.

In the market, Sucralose is sold under the brand name “Splenda”. With this sweetener, a little goes a long way as it is 400-600 times sweeter than sugar. Also, Sucralose has no calories making it keto-friendly!

It is safe to consume the two sugar substitutes approved by the FDA.

Each of Zipfizz’s signature energy drink tubes contains a number of vitamins.

Vitamins C, E, and A are present in them. Despite their many benefits, it is the B Vitamins that give Zipfizz its kick.

Five of the eight B vitamins are contained in Zipfizz. I have listed their names and their functions below.

In addition to its role in reducing blood pressure, thiamine plays a number of other vital roles.

The mineral is common in cereal grains, legumes, and nuts. There are some important tasks it performs, such as regulating the body’s growth and functions, as well as treating low thiamine levels.

There are no stores of Riboflavin in the body, and it is continually excreted. It is common to suffer from Riboflavin deficiency due to an unbalanced diet.

In addition to its many functions within the body, Niacin is an essential nutrient in the diet.

Energy drinks contain fructose, which is primarily responsible for turning carbohydrates into glucose, which then travels to muscles and cells, giving you a boost of energy.

In addition to metabolizing fats into proteins, Vitamin B3 also ensures the gastrointestinal system is properly functioning, enhancing digestion.

The energy-boosting qualities of pyridoxine make it a popular ingredient in energy drinks. This is useful for the development of the brain and the skin.

Among its many functions in the human body, serotonin production is one of them which is known to help depression.

Zipfizz has only 20 calories per tube, which is fewer than other energy drinks.

For a Keto Diet, your meal consumption should be 70%-80% without calories and carbohydrates. An amount of 20 calories isn’t significant enough to completely reject ketosis so Zipfizz is still good for a keto diet.

If you’re trying to lose weight or making an effort to eat better for a healthier lifestyle, Zipfizz will help you do so. It’s low in calories, so you won’t have to worry about adding calories to your diet.

Zipfizz should not be viewed as a substitute for a regular meal. You are most likely to experience the benefits of this drink if you eat a substantial meal before drinking it.

Is it okay to drink Zipfizz every day?

Zipfizz can be consumed every day, but only one to two tubes per day is fine in my opinion.

The 100mg of caffeine in each tube can quickly add up, causing negative side effects when taken in excess. Additionally, Zipfizz tubes contain 20 calories apiece, so if you need to reduce your calorie intake or just want to lose weight, you’d be better off avoiding them throughout the day.

It is generally not recommended to consume caffeine for children, pregnant women, or nursing mothers. You should consult a medical professional if you have any doubt about how caffeine will affect you.

Is Zipfizz bad for you?

When you compare Zipfizz to other bands whose sugars are hefty and their caffeine content is up to 300mg, they have a moderate amount of vitamins and caffeine.

It’s sugar-free, low in calories, and carb-free! Its benefits keep coming and coming so this drink is more beneficial than it is harmful to you.

Taken excessively, Zipfizz can be harmful so it’s best to still keep your consumption in moderation. Here’s an article with a closer discussion on this.

Can Zipfizz cause weight loss?

Weight gain or weight loss are not caused by Zipfizz.

In addition, it only has 20 calories, which is nothing for an adult who is advised to consume around 2000- 2500 calories daily.

If you exercise regularly, you can easily burn off 20 calories. But energy drinks cannot replace physical activity entirely. Although they may be able to help you get through your workouts and even speed up your metabolism, you still need to eat healthily and exercise regularly to reap the benefits of these supplements.

Zipfizz has a total of 11 flavors.

Admittedly this isn’t a lot but this isn’t a bad selection especially with the fruit theme. I personally find Peach Mango and Grape to be my favorite flavors.

These are just the right amount of sweetness, and their fruit flavors are accurate. Besides that, the drink gave me a good boost even with just a single serving so you know it definitely works!

Zipfizz is surely keto-friendly! It delivers a gentle energy boost, despite its low calorie and sugar-free characteristics.

It will not pose any health risks if you consume it in moderation.

It is designed to help keep your body energized and replenished with vitamins, nutrition, minerals, and electrolytes.

The caffeine is even natural, making me feel less concerned. Therefore, Zipfizz is your answer to whatever you have to handle today, whether it’s a study session, a workout session, or a busy day.

Zipfizz comes in colorful tubes that are very convenient. You should definitely try Zipfizz. 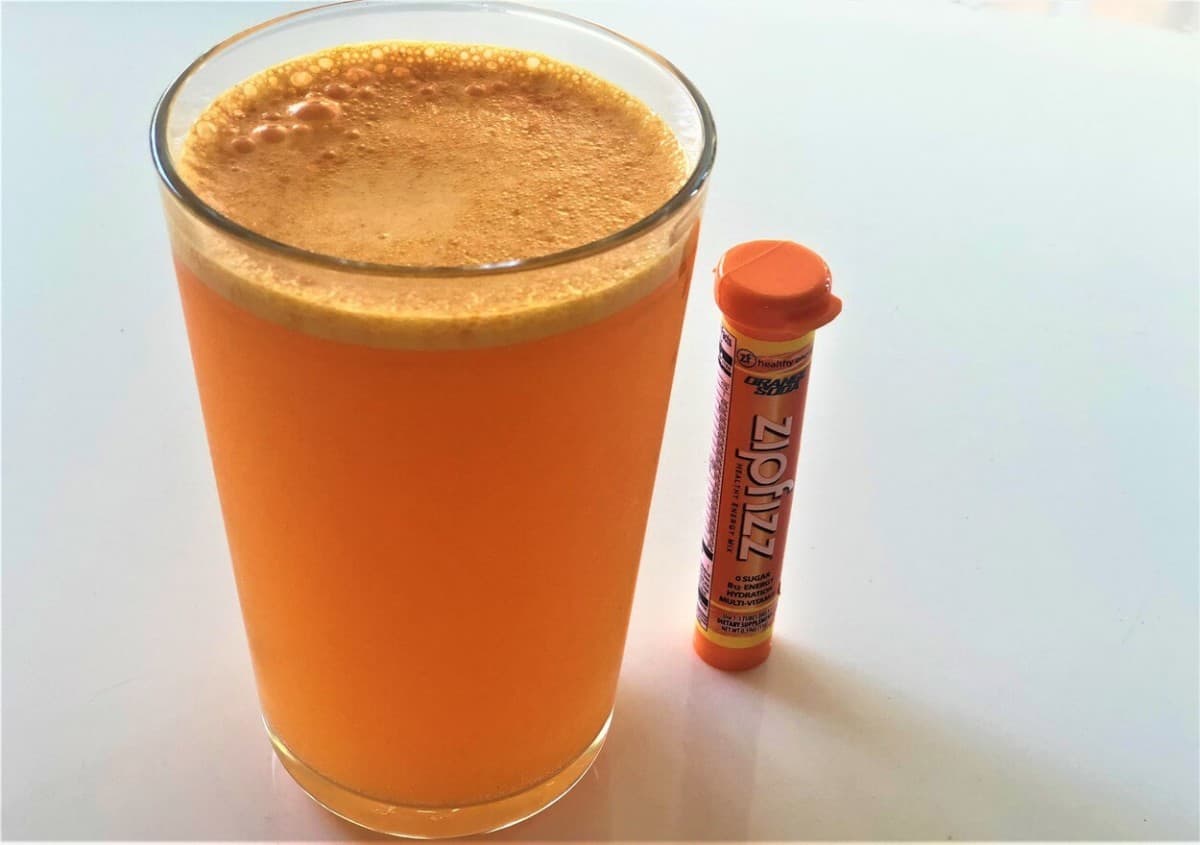 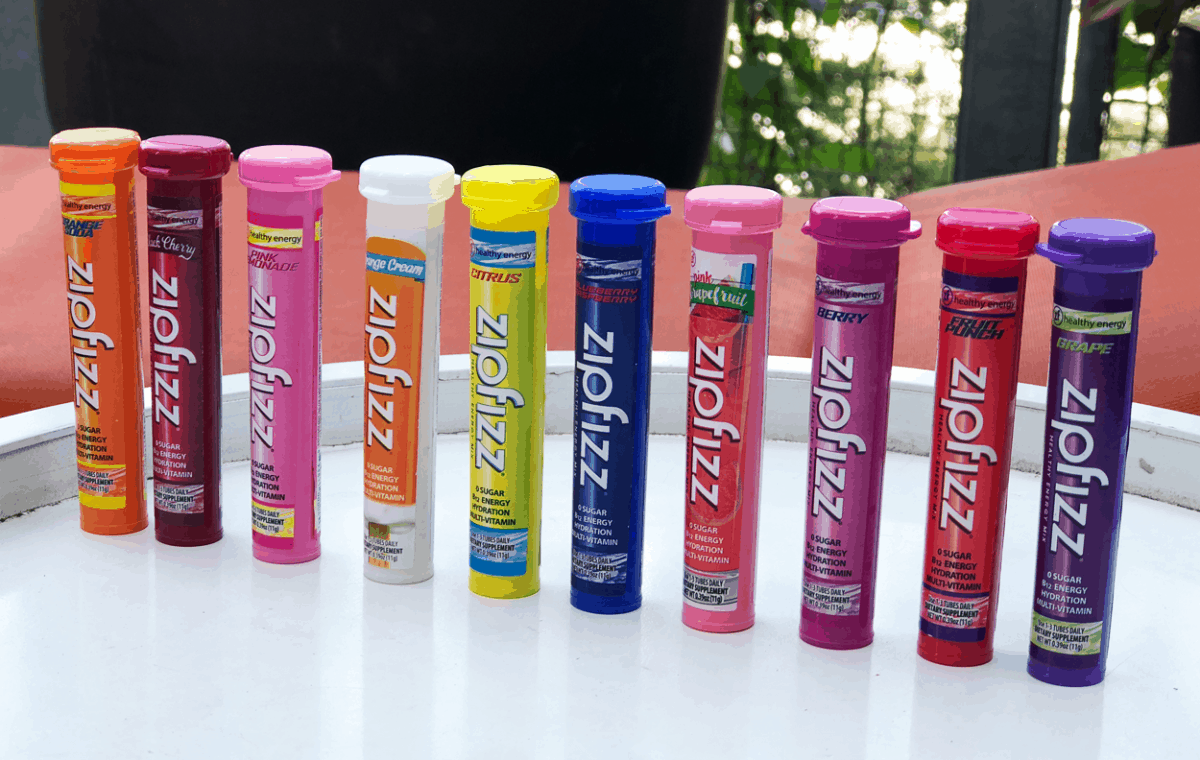 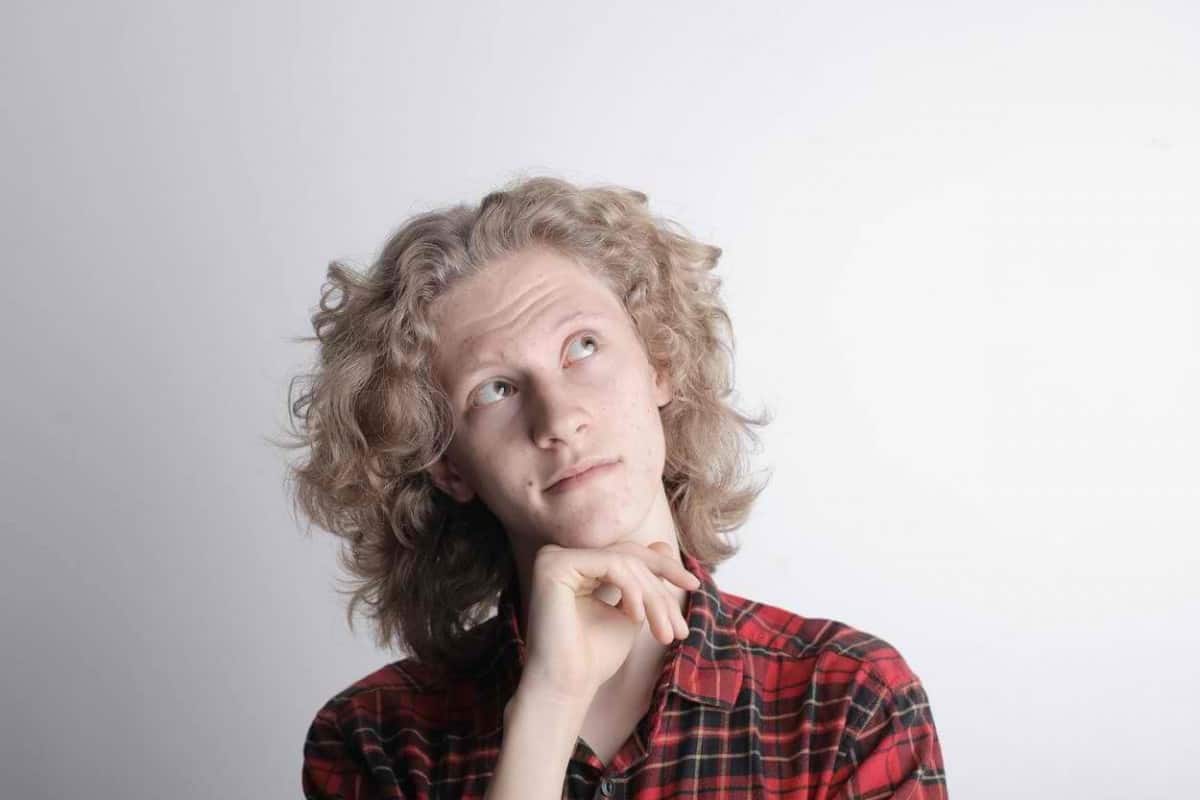