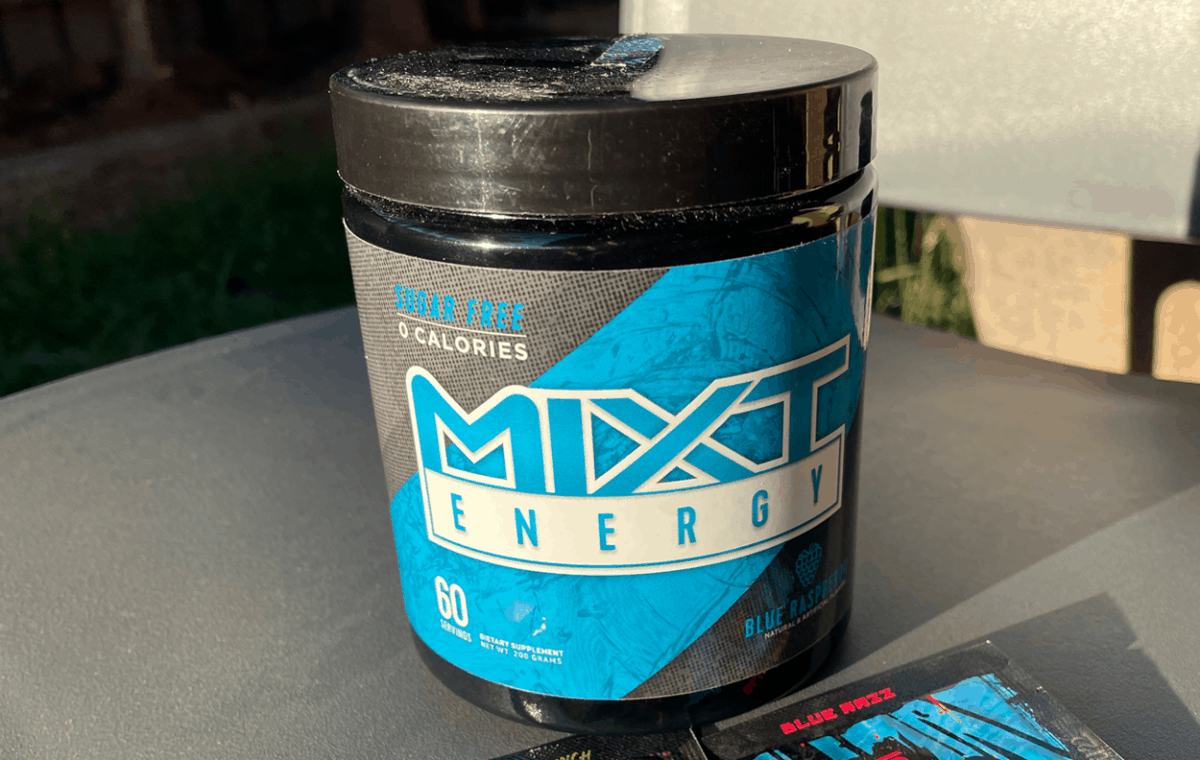 Mixt Energy is a gaming formula that’s been compared to some of the top energy drinks in the industry, given its similar claims with some of the top brands. However, it’s no doubt that in this type of industry, competition is constantly increasing, as new entries and innovations enter the market.

Mixt Energy is an energy drink that’s specifically promoted as a gaming formula, given its ability to increase your energy and enhance your mental focus, therefore, enhancing your gaming performance. Apart from this, it’s a rare find considering that it’s free from sugar, calories, carbohydrates, and even fats. Overall, this formula is a 6/10 for me.

But, is there any truth to the formula’s claims? Is this formula that good that it’s being compared to the top brands in the market? You’ll find all the answers to these questions if you keep reading.

This formula contains energy-boosting components, cognitive enhancers, and other components added to act as sweeteners and preserving agents.

You can find several nutritional components used in the formula like different types of amino acids and vitamins. Apart from this, the formula also contains other ingredients, including sweeteners and preserving agents.

So without further ado, let’s start this off by going through the nutritional components found in the formula.

As you can see, the amount of some nutritional components in the formula has exceeded the daily recommended set by health experts.

To get a better understanding of what these nutritional components contribute to Mixt Energy’s formula, here are their uses.

There are a total of four other ingredients found in Mixt Energy, which are citric acid, sucralose, acesulfame potassium, and natural and artificial flavors.

Take a look at the table below to see each ingredient’s benefits to this formula.

Next, let’s find out if this formula contains caffeine.

This formula does contain caffeine, however, not the usual type of caffeine found in most energy drinks.

This process involves filtering out the water and other chemical components in plants, making the caffeine more concentrated thus, stronger and more potent in comparison to regular caffeine.

See the table below to know what are the pros and cons of caffeine anhydrous.

How much caffeine is in Mixt?

Do note that while the amount of caffeine in this formula is below the daily caffeine limit set by the FDA, which is around 400 mg.

Also take note that caffeine anhydrous has been suggested to carry more potential dangers compared to regular caffeine, therefore, strict precautions should be made.

Now, let’s find out if this formula contains any sugar.

This formula doesn’t contain any sugar. Therefore, it is considered a sugar-free energy drink.

According to the FDA, any product containing less than 0.5 grams of sugar per serving can be labeled as sugar-free.

Now, let’s check out the flavors being offered by the brand.

There are a total of nine different flavors to choose from Mixt Energy.

Here is the list of flavors being offered by Mixt Energy:

I also have a personal experience with some of the flavors of Mixt Energy. Let me share them with you next.

This flavor is simple and sweet that is a great start when you can’t choose from the many flavors available. But I noticed that it’s not as flavorful as the other flavors in terms of tastiness.

This is the sweetest flavor in my opinion. But after drinking this, I noticed there’s a sour aftertaste that I didn’t like and it overpowers the pros of this flavor. It tasted like a lot of artificial sweeteners were used in this flavor.

This is another flavor that I also didn’t enjoy because it just didn’t taste great. It is also sweeter than my liking and this flavor could use a bit of tweaking to be much more enjoyable to drink.

Now, this flavor tastes like your childhood coming alive again. The taste is quite similar to the candy Skittles and is very enjoyable to drink. It’s like drinking liquid candy, but with the added energy boost.

Moving forward, let’s find out where you can buy this formula.

Where to buy Mixt Energy?

You can buy this formula online and in-stores.

This formula can be purchased online through Amazon and Mixt Energy’s official website. However, if you’re trying to save money by avoiding shipping fees or prefers the traditional way of shopping, then you can always buy this formula in stores, including Walmart and Costco.

Their website was easy to navigate, so I had no problems placing my order up to payment; however, what disappointed me was how unreasonable the shipping fee was. Apart from this, it took such a long time for my order to arrive and their customer service was no help at all.

If I were to rate my purchase experience on Mixt Energy’s website, I will give this a 6/10.

Now, let’s see how much the formula costs.

How much does Mixt Energy cost?

The standard price of a single tub of this formula will cost around $29.99.

As you can see, you won’t have to go through the trouble of deciding where to purchase this formula online, given that the formula’s price on both available websites offers the same price.

Unfortunately, most of my purchases are done online, so I won’t be able to provide you with the price of this formula in your local stores.

Let’s see the price difference of buying Mixt Energy between their official website and on Amazon.

It’s a good thing that their prices on both websites are still the same so whichever website you prefer to buy, you won’t have a problem.

Overall, G Fuel is more preferable to Mixt Energy because G Fuel has better reviews, more flavors, and has a good amount of caffeine in it.

Although, if your priority is the price factor and the higher caffeine content, Mixt Energy is still a great option for that.

Given this, Mixt Energy’s formula may cause more threats to your health compared to G Fuels’ formula.

Next, let’s see which of the two formulas offers the best flavors.

Which has the best flavors: Mixt Energy or G Fuel?

Now, let’s find out which is more budget-friendly between the two formulas.

Which is more affordable: Mixt Energy or G Fuel?

As you can see the standard price of a single tub of Mixt Energy with 60 servings is far cheaper compared to a tub of G Fuel with only 40 servings.

Now, let’s find out which of the two formulas has the best reviews.

Which has the best reviews: Mixt Energy or G Fuel?

While this formula received several high praises from its consumers, it still doesn’t change the fact that there were numerous negative testimonies about this formula.

Most of the negative comments on this formula state that the poor and inefficient effects of the formula, the displeasing taste of the flavors being offered, and worst of all, the horrible customer service.

This formula is considered one of the top gaming energy drinks for a reason, apart from the brand’s impeccable promotion strategies, which include influencer marketing by well-known YouTubers and gamers.

Also, this energy drink has been recognized to be an efficient formula.

While some consumers were disappointed with the unpleasant aftertaste of the formula, it still doesn’t change the fact that this formula is a quality formula.

Next, let’s see how long this formula’s effect may last in your system.

How long does the effect of Mixt energy last in your body?

The effects of the formula may last up to 5-6 hours or more.

As previously mentioned, the main component that predominantly contributes to the formula’s ability to increase your energy, enhance your mental focus, and improve your endurance comes from caffeine.

With this, you should know that caffeine has been scientifically proven to last in your system for a minimum of four to six hours, and it has a half-life of about five hours. Apart from this, it takes about an average of twelve hours for your body to eliminate the amount of caffeine from your bloodstream.

Though, if you’re curious, the effect of this formula lasted for about a good 10 hours on my body, however, the effect gradually decreased after 4 hours of consuming this formula.

Now, let’s find out if this formula is safe to consume.

Is Mixt Energy safe to consume?

The formula may or may not be safe to consume.

The formula is generally considered safe to consume, however, some components in the formula have been suggested to carry potential side effects.

Apart from this, the type of caffeine used in the formula is more dangerous than regular caffeine, as this type of caffeine is more concentrated and potent, considering this, no definite conclusion can be made regarding whether this formula is safe to consume or not until further analysis is made.

However, since we’re on this topic, might as well share with you my personal experience with this formula.

Frankly, I’ve experienced some adverse side effects after a few days of continuously drinking one serving of this formula a day. To be exact, I started getting light headaches, dizziness, and even heart palpitations, but then again, this is just my personal experience.

To end this article, here is a brief summary of everything that was discussed.

Mixt Energy is a sugar-free formula that’s specifically formulated as a supplement for gamers to improve their gaming performance, increase their energy levels, heighten their reaction times, and boost their mental focus.

While the formula is competitive, it still doesn’t change the fact that some consumers were not satisfied with the brand’s formula and services.

All factors considered, this formula is a strong 6/10 from my perspective.

Are Powdered Energy Drinks Approved By The FDA? 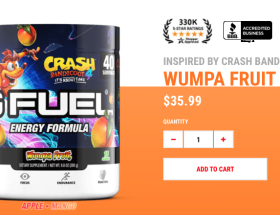 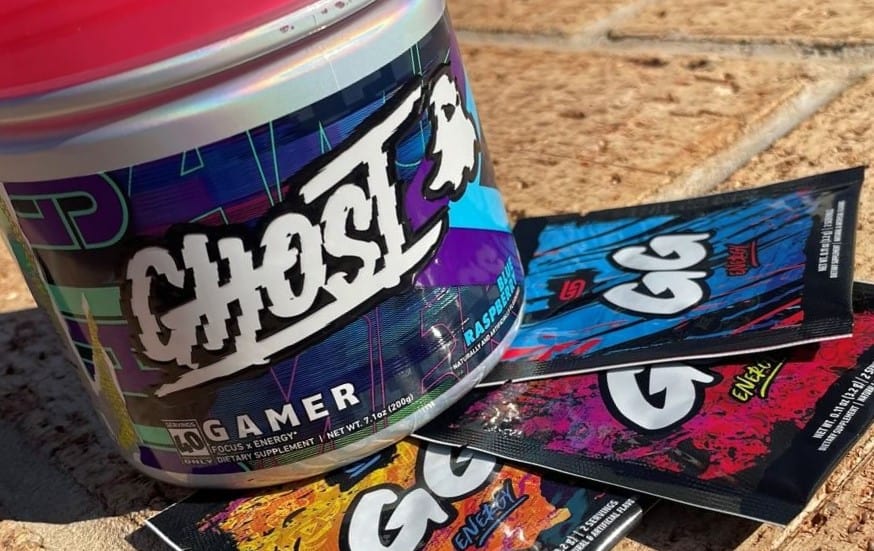 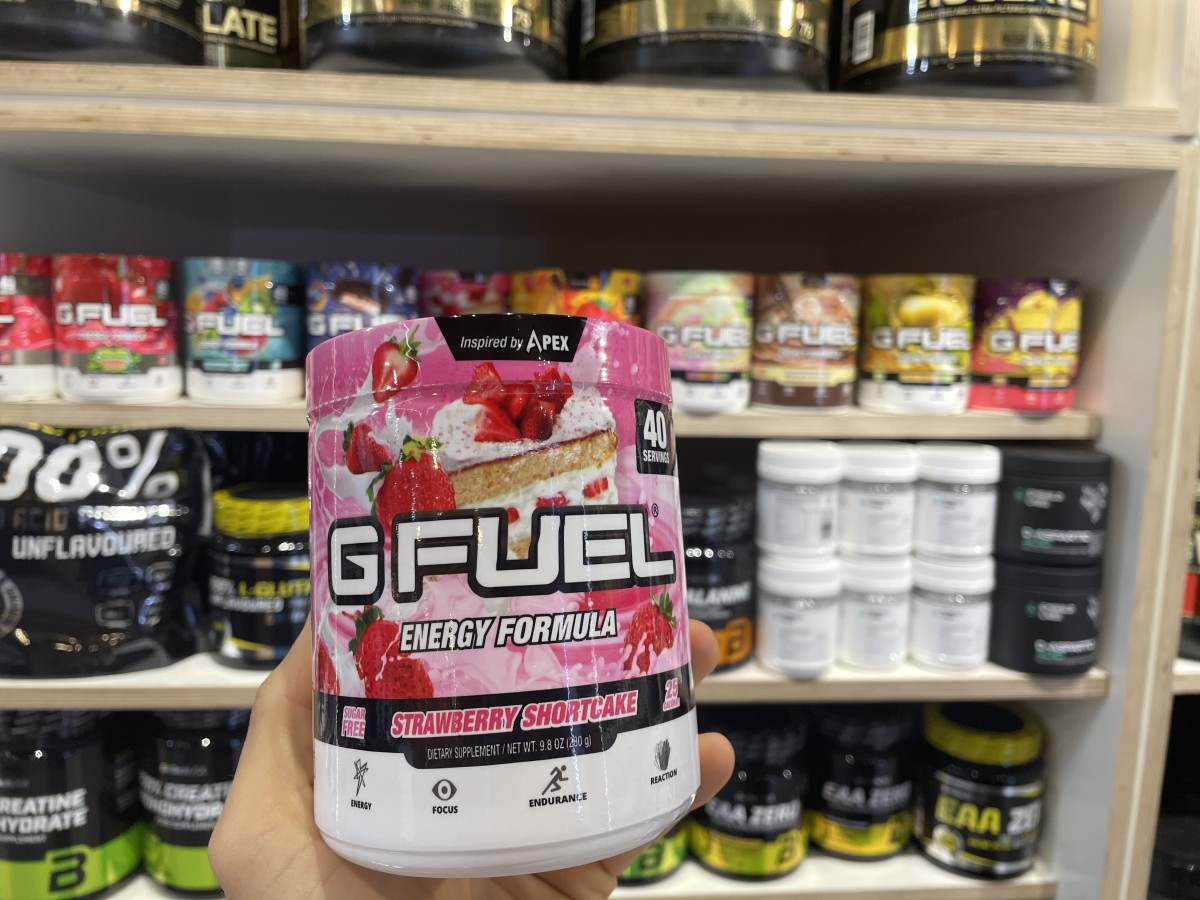