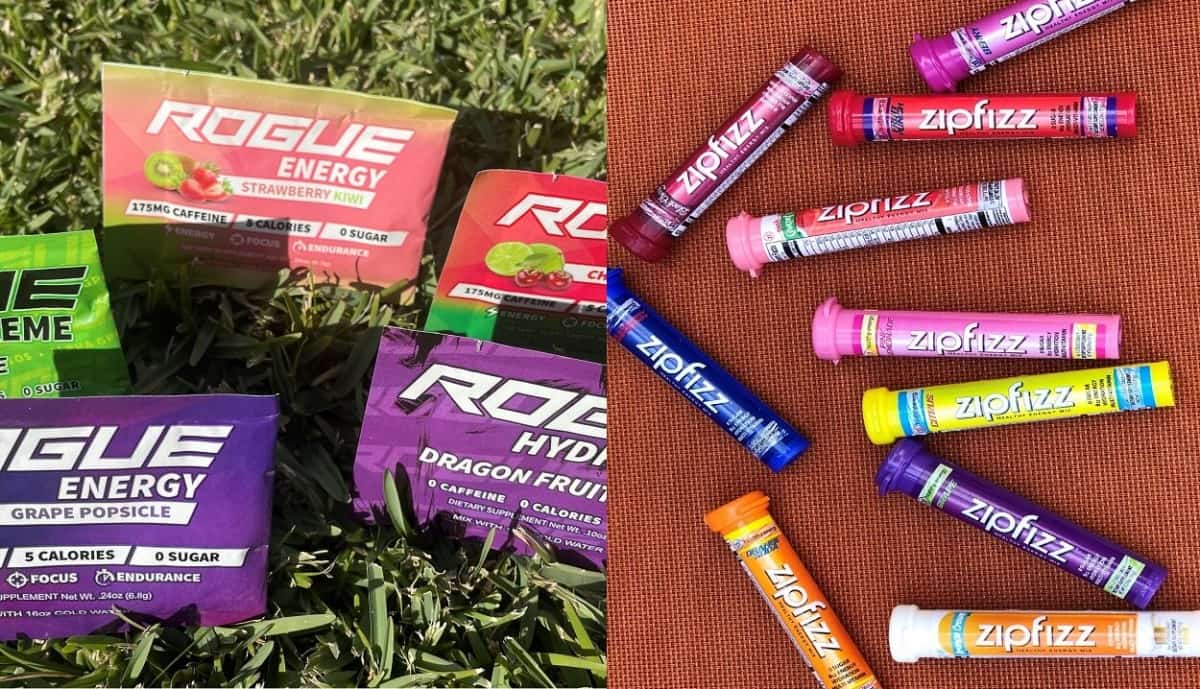 In this article, you’ll be looking at a comparison of a decade-old energy drink brand against a new entrant in the energy drink industry. Who do you think will win?

In my judgment, Rogue is a better option for gamers due to its higher caffeine content, while Zipfizz works better for people who live an active lifestyle because it is rich in vitamins, minerals, and electrolytes.

While Zipfizz’s calorie number is considered low, you would still want to go for the calorie-free one if you’re on a low-calorie diet. This way, you’ll allow more calories to come from other sources like pasta and bread in your lunch and dinner.

To put it simply, you have the option to go calorie-free, then why not go for it?

However, if you’re someone who lives an active lifestyle, I think going for Zipfizz with 20 calories would be more advantageous as you could use the energy calories provide to do your daily activities with ease.

Another nutrient that Rogue doesn’t have is carbohydrates. Zipfizz, on the other hand, has a low count of 2 grams of carbohydrates.

Either of the two is great for people on weight control as they contribute as little as 2 grams to none at all. If you’re on a strict diet that counts your caloric and carbohydrate intake, Rogue is definitely your friend here

The sodium content difference between Rogue and Zipfizz isn’t that big.

Check out this table:

Sodium helps keep the body hydrated by retaining water which is beneficial for physically strenuous activities.

A 5-milligram difference is too little to argue for. If you’re tracking your meals then there’s surely a difference and I’d suggest opting for the lesser one. If not, then there isn’t a problem.

What matters most is that both sodium contents are within the Low Sodium category set by the FDA. This is good news as you don’t need a large amount of sodium for it to do its works in your body. Besides, too much sodium (table salt) increases health risks such as high blood pressure.

Both G Fuel and Zipfizz are sugar-free drinks.

As you may have noticed, both brands don’t contain any sugar in their formula which, to me, is a major thing.

Excessive sugar is the culprit of much chronic illness nowadays and it’s a relief that those risks are lowered with either Zipfizz or Rogue.

Rogue uses only one type of artificial sweetener while Zipfizz uses two.

Sucralose is calorie-free while Xylitol contains a low number of calories.

If you prefer not to have any calories in your drink then Rogue is your best option, since it’s completely calorie-free. Even the artificial sweetener used in Rogue is doesn’t contain any calories.

Artificial sweeteners may have gotten negative publicity but according to the FDA, Sucralose and Xylitol are generally safe for human consumption, given that they are used in proper amounts.

Their sweetness will not vary from each other since both ingredients function the same, and provide similar sweetness.

This makes Rogue a better option for gaming than Zipfizz as it can provide a stronger and longer caffeine kick for long hours of gaming.

Zipfizz, on the other hand, has an amount of caffeine that’s also adequate enough to feel its effects but just not as strong. With a caffeine content of 100mg, that’s about drinking an 8oz cup of regular coffee.

It is suited for people who need a pick-me-up drink to start their day or are simply feeling sluggish and sleepy in the middle of the day.

Here’s a video explaining how caffeine works in your system:

Comparison of Ingredients Rogue vs. Zipfizz

With all the main ingredients compared, it’s time to see how they hold up against each other in nutrition.

In terms of vitamins, Zipfizz is more nutritious than Rogue.

Zipfizz contains all B Vitamins except for Vitamin B7, while Rogue only has 3 types of it. As you may know, B Vitamins are believed to be effective in boosting your cognition and your energy.

Although Rogue ties up with Niacin and Vitamin D3, there’s a lot of benefits missing that Zipfizz conveniently has.

Let’s now move forward to minerals and electrolytes, will Rogue take the lead this time?

Zipfizz has what Rogue offers and so much more.

It’s apparent in this table that Zipfizz is richer in minerals and electrolytes compared with Rogue.

Only Zipfizz has Calcium, Selenium, Copper, Manganese, and Chromium in its formula which are beneficial for your bones, help the creation of red blood cells, and create necessary proteins in the body.

Rogue has grouped its ingredients into three complexes so you can easily understand what each ingredient is for.

Let’s now see if Zipfizz will continue to reign on the table below:

This table shows how Rogue and Zipfizz’s formulations are so different from each other. This is also where picking between the two becomes tricky.

Rogue doesn’t contain as many vitamins, minerals, and electrolytes as Zipfizz, but is rich in amino acids and other ingredients that are centered towards energy, focus, and recovery.

And if it’s something you’re looking for, Rogue contains an aphrodisiac which is a herb called Mucuna Pruriens that helps enhance your sexual performance. This is something Zipfizz doesn’t offer.

However, Zipfizz has a special group of antioxidants that’s called “Botanical Antioxidant Blend” where most of the ingredients included aren’t found in Rogue. These are plant seeds and extracts that contain numerous benefits such as reducing the risks of cancer, better blood circulation, and reduces fatigue.

Unlike other brands, Rogue and Zipfizz showcase different derivatives in the formulation. With their ingredients, I find it hard to choose which brand is formulated better than the other. I suggest you choose which benefit you want for you.

Zipfizz doesn’t have a lot of food additives, at least from what is declared on the packaging and on their website. Rogue, on the other hand, contains common food additives found in food and drinks.

Rogue and Zipfizz contain the artificial sweetener, Sucralose, while only Zipfizz has Xylitol.

As you may have noticed, the only food additive declared in Zipfizz are Sucralose and Xylitol. I’ve checked their website and the packaging if I can find some more ingredients like preservatives and colorings, but their artificial sweeteners are the only ones I’ve found.

Zipfizz powders have pigments in them so I’m sure a certain food coloring was used in the formulation—it could be artificial or natural—but the thing is, it wasn’t declared so how are you supposed to know what are these food additives used in the process, right?

For me, this is something Zipfizz can improve on. It’s necessary to expect transparency from the products you consume.

In this regard, I really appreciate Rogue for being transparent with everything they put in their energy drink powder mix. In addition, their additives help maintain the quality of their product longer which is a big plus.

Which energy drink has better flavors?

Both brands offer almost the same amount of flavors, which are also quite similar in selection.

Although both brands offer mostly fruit flavors, I like Rogue the most in terms of its flavor selection. It doesn’t have a lot to offer but I like the idea of having two fruit flavors in one.

You can easily have an idea of what the flavor is like because of how Rogue names its flavors.

My favorite one from Rogue is the Mango Pineapple flavor. Its sweet and sourness combo totally hits the spot, and it doesn’t have an aftertaste compared with other flavors Rogue has.

Zipfizz has 14 flavors that you can choose from.

Like Rogue, Zipfizz’s flavor names are pretty straightforward as they are named after fruits.

I’ve tried all their flavors and they’re quite nice as well. If there’s one flavor I’d be happy to drink every day, that’s the Grapefruit flavor. It’s really tasty and I like that its sweetness doesn’t overpower the sour taste.

Which energy drink is more affordable?

Rogue is more affordable than Zipfizz.

These prices are listed on their respective websites.

Clearly, you can save more with Rogue as it is $.80 cheaper than Zipfizz. That’s almost a dollar difference in my opinion. With Rogue, you’re paying less for more servings.

I’m thinking the single-serve tubes of Zipfizz are adding to their value/price that’s why it’s more expensive, while Rogue uses tubs which I believe is not only practical and economical but environmental-friendly, too.

Where to buy Rogue and Zipfizz?

Zipfizz can be bought online and in stores, while Rogue is only available online.

If you’re used to shopping online, you’ll find convenience in buying either of the two brands. But if you like to shop in physical stores, I’m afraid only Zipfizz is available in convenience stores and supermarkets at current.

Rogue’s unavailability in physical stores can be a disadvantage if you hate to pay and wait for shipping.

Rogue and Zipfizz share a few similarities but a lot of differences. One thing is for sure, they have their own set of consumers to please.

In my opinion, both formulations are great but they’re not for every type of consumer.

If you lean more on the gaming side, you can benefit more from Rogue as it contains a higher amount of caffeine to support your gaming for longer hours. It’s also great if you’re watching your weight as it’s calorie-free and carbohydrate-free.

But if you’re something who needs a boost to jumpstart your day, or a pick-me-up drink in the afternoon, or even after-workout energy, then Zipfizz will suit you best. Additionally, its botanical blend is nitrifying beyond the boost.

Overall, it’s down to your needs and the benefits you wish to take advantage of.

Is Rogue Bad For You? 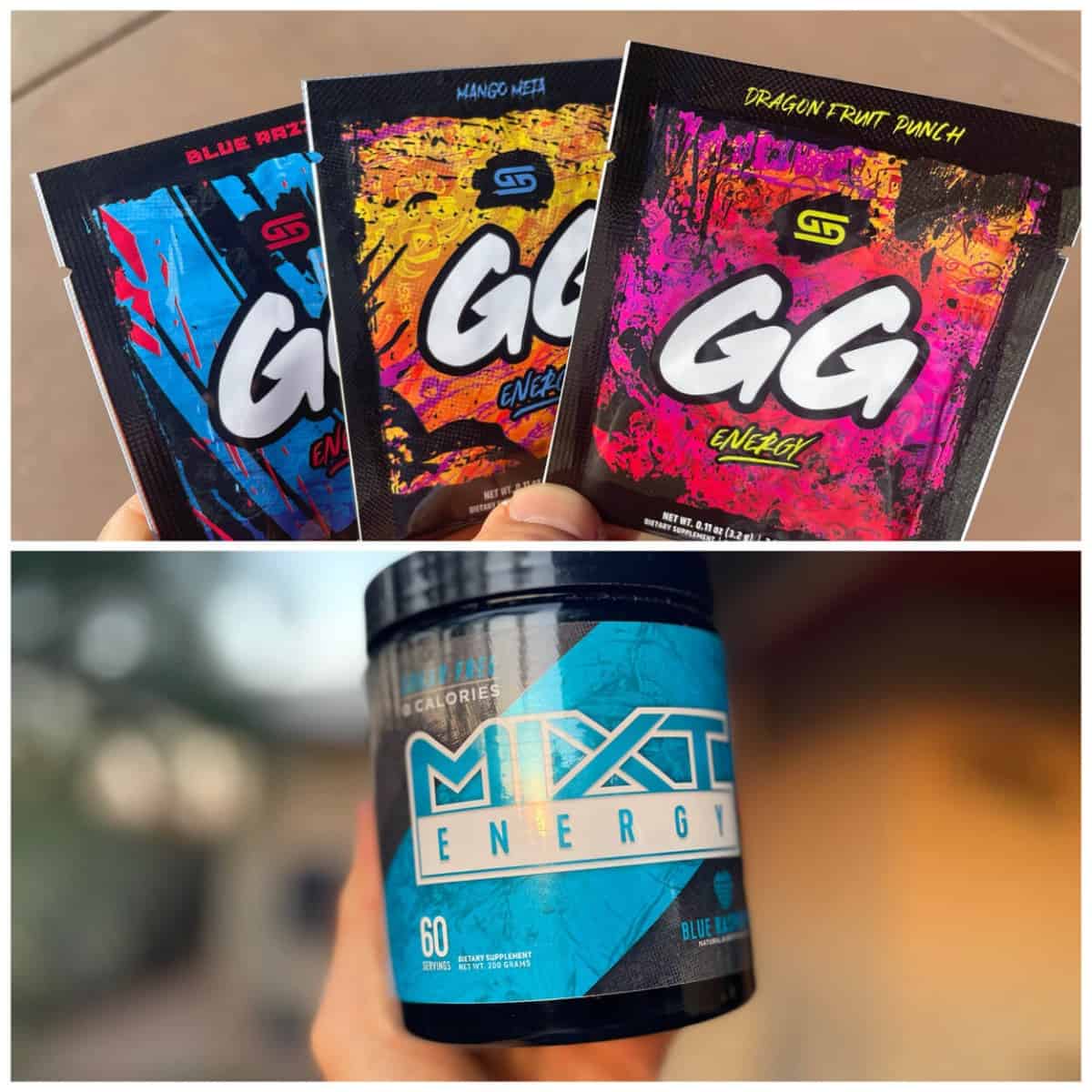 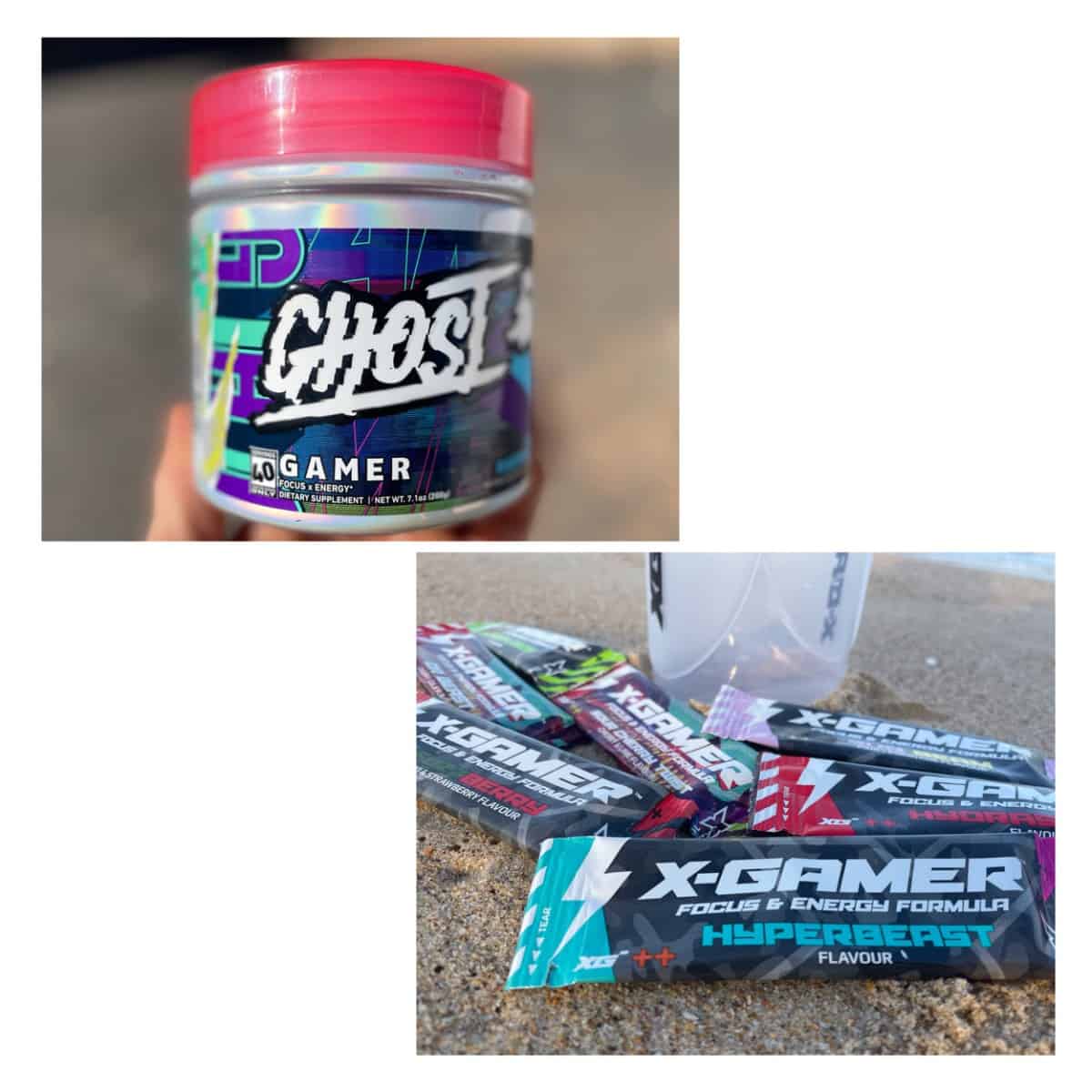 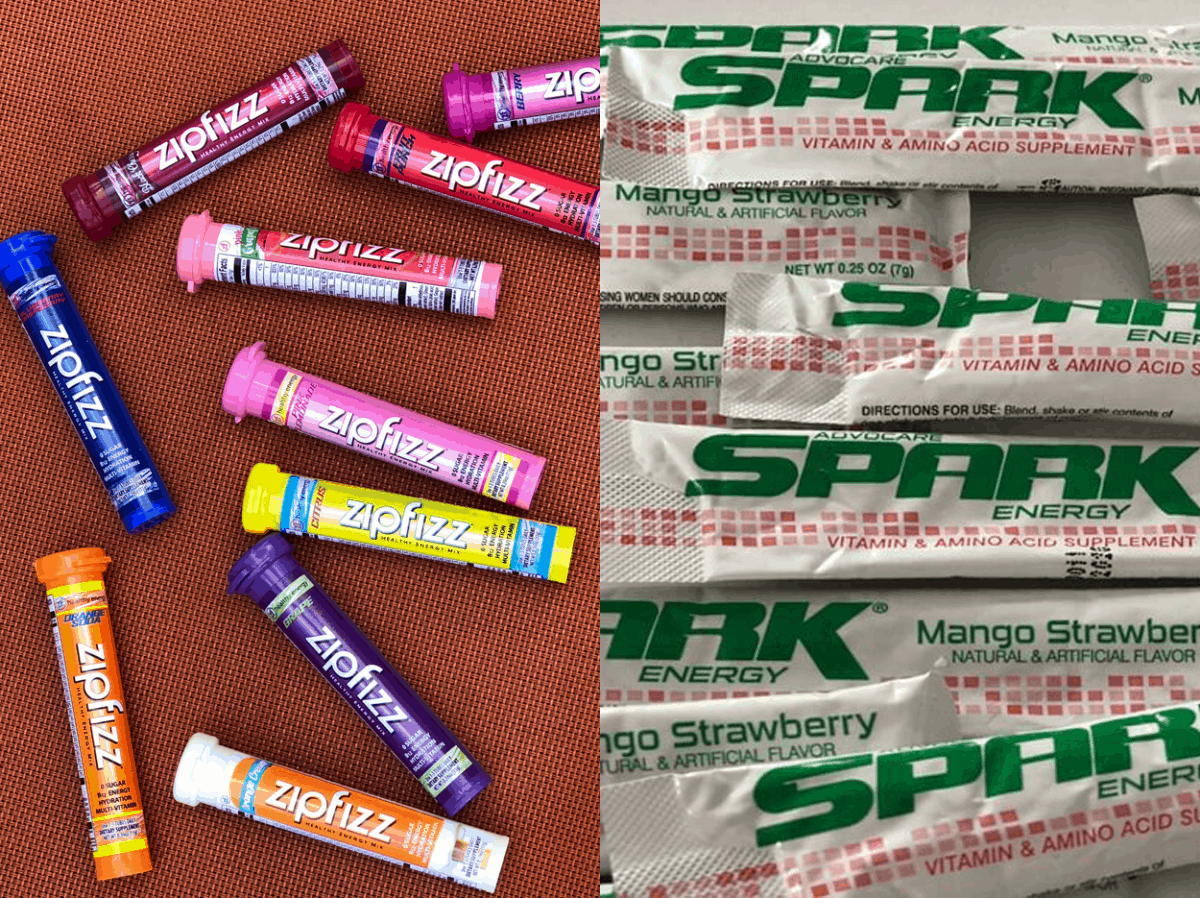