Skip to Content
Home Brands Sneak Energy Sneak VS Zipfizz (Which Is Safer To Drink?) 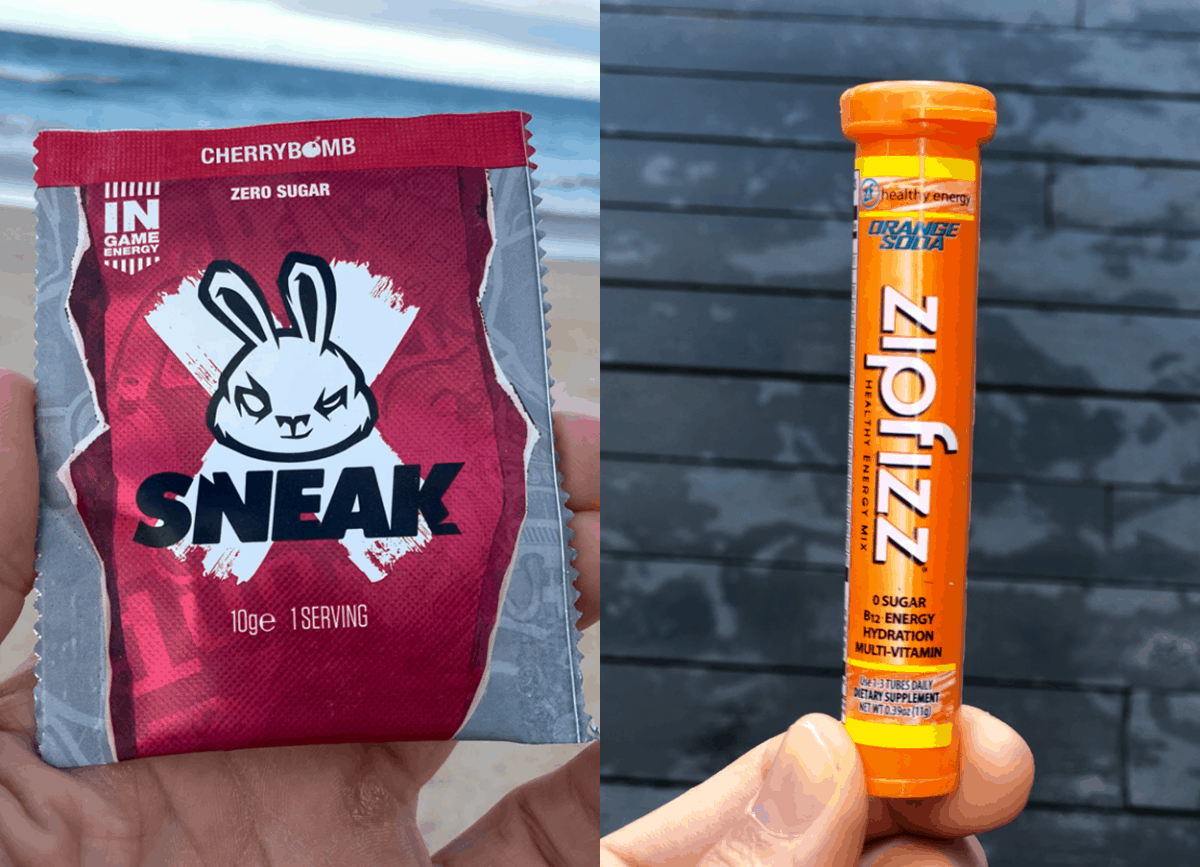 Sneak Energy and Zipfizz may differ in some ways, but it still doesn’t change the fact that these two energy drinks have both been roaring with success.

With both formulas promising you an increase in energy, better mental performance, and a dose of hydration, it just causes more confusion on which should choose between them. However, all these questions about the formula’s ability should be set aside for now so we can focus on another crucial question.

Which is actually safer to drink between Sneak Energy and Zipfizz?

Sneak Energy is safer to drink compared to Zipfizz.

Let’s not spoil the fun just yet, keep reading to know why.

Nutritional value pertains to the contents found in the food and beverages you consume the impact of constituents on your body.

It assists in the maintenance of healthy eating habits and the goal of a balanced energy level. It explains some important nutrients that have an impact on your health.

Macronutrients are responsible for giving your body the energy it needs to function every day.

The main three macronutrients are carbohydrates, fats, and protein.

Are the macronutrients in Sneak Energy and Zipfizz safe to consume?

You can safely consume the macronutrients in Sneak Energy and Zipfizz.

Since the amount of each macronutrient in both formulas barely takes up an eighth of the recommended daily consumption set by health professionals.

So without a doubt, it is a safe assumption that the amount of each macronutrient on both formulas is safe to consume.

Vitamins are important nutrients and an organic compound that your body needs in order to be healthier.

There are currently 13 essential vitamins that you can get from food.

Are the vitamins in Sneak Energy safe to consume?

You can safely consume the vitamins in Sneak Energy.

Now, even if the recommended daily consumption for biotin is only 30 mcg, a medical source claims that consuming up to 10,000 mcg of biotin a day won’t cause any heavy health risk.

So it’s safe to say that Sneak Energy’s biotin content of 37 mcg is safe for consumption.

Are the vitamins in Zipfizz safe to consume?

The vitamins in Zipfizz may or may not be the same to consume.

The recommended daily intake for Vitamin is around 65-90 mg; however, the maximum daily consumption of Vitamin C is 2,000 mg, so we can therefore conclude that this formula’s Vitamin C content is safe for consumption.

As for the formula’s Vitamin B12 content of 2,5000 mcg, I believe we can all agree that this is a ridiculous amount for a single serving of an energy drink unless of course you’re being treated or diagnosed with Vitamin B12 deficiency.

Further research is needed regarding this content of the formula.

That’s it for vitamins, let’s take a look at their mineral content.

Minerals are used by your body for a variety of functions, including keeping your bones, muscles, heart, and brain in good functioning order.

Are the minerals in Sneak Energy safe to consume?

You can safely consume the minerals in Sneak Energy.

Considering that the minerals found in the formula barely exceeded their daily recommended intake per day, it’s a safe bet that these minerals won’t do anything to harm.

In fact, these amounts may even promote health benefits like enhancing your bone strength and keeping your heartbeat steady.

Are the minerals in Zipfizz safe to consume?

You can safely consume the minerals in Zipfizz without experiencing any side effects.

The formula’s chromium content exceeded by a moderate amount of the daily recommended consumption, however, studies state that you can take a maximum of 1,000 mcg of chromium without experiencing any heavy side effects.

But doing that is not recommended since excessive consumption may worsen insulin sensitivity, especially for those with diabetes.

Now, let’s jump to the next discussion.

Amino acids are an important component in your body’s protein production. It is an essential nutrient that helps your body function well.

Amino acids help to create muscles, trigger chemical reactions in the body, transport nutrients, protect against illness, and perform a variety of other tasks.

Are the amino acids in Sneak Energy safe to consume?

You can safely consume the amino acids in Sneak Energy.

You won’t be needing to worry about any possible side effects here because apart from the fact that these amino acids are essential for muscle recovery and development.

The amount of these compounds in the formula are within the range of their daily recommended allowance.

Now, let’s take a look at the caffeine contents of these formulas.

According to the FDA, you can safely consume 400 mg of caffeine per day.

As we all know, caffeine is a psychoactive drug that can provide direct stimulation of a specialized type of muscle tissue that forms your heart causing an increase in contraction.

Which has a safer caffeine content between Sneak Energy and Zipfizz?

Zipfizz has a safer caffeine content compared to Sneak Energy.

As you can see, both Sneak Energy and Zipfizz are free from sugar, making them sugar-free.

According to the FDA, a product may be labeled sugar-free if the said product contains less than 0.5 grams of sugar per serving.

Now, let’s have a look at the other ingredients used in these formulas.

Other Ingredients in Sneak Energy and Zipfizz

Each of these ingredients plays a significant role in the overall impact and performance of the formulas.

Which has the best flavors between Sneak Energy and Zipfizz?

Don’t get me wrong, both formulas offer a good selection of flavors; however, some flavors being offered by Zipfizz were just too plain for my liking, not to mention the fact that the actual mix of the formula was overall disappointing.

Again, this is a personal opinion, you can definitely form your own by trying these flavors out.

Now, let’s find out which is more diet-friendly between these two.

Which is more diet-friendly between Sneak Energy and Zipfizz?

Apart from the fact that Sneak Energy contains fewer calories than Zipfizz, Sneak Energy is also certified vegan, contains no gluten, and can be consumed on a keto diet given its low carbohydrate content.

Read this article out to find out more.

Zipfizz can also be considered diet-friendly since it also has relatively low-calorie content, and is labeled as keto-friendly, however, due to its taurine content, it’s not vegan.

Now, let’s see where we can buy these diet-friendly formulas.

Where to buy Sneak Energy and Zipfizz?

You can buy Sneak Energy and Zipfizz on their official websites.

However, there are other options available which we’ll be getting to right now.

Where to buy Sneak Energy?

You can buy Sneak Energy on their official website, and on eBay.

But if you’re trying to save up on money, then avoid buying on eBay at all costs, as prices are not only double, but some are even triple compared to the prices on their official website.

You can buy Zipfizz products online, and in-stores.

The following are websites wherein you can purchase Zipfizz products:

But, if you prefer to shop traditionally, or trying to avoid shipping expenses, you can always buy Zipfizz products in the following local stores:

Now, let’s find out which of these two formulas is more budget-friendly.

Which is more affordable between Sneak Energy and Zipfizz?

It may seem like you’re going for the better bargain if you go for Zipfizz instead of Sneak Energy when in reality, you’ll be doing the exact opposite.

If my calculations are precise, you can save a lot more money if you choose Sneak Energy, as a serving of Sneak Energy will only cost you a dollar, while you’ll be spending almost double on a single serving of Zipfizz.

Now, let’s see who has better reviews between these two.

Which has better reviews between Sneak Energy and Zipfizz?

If you’ve been going through online reviews about Sneak Energy, then for sure you might’ve noticed that almost every review about this formula is positive.

Apart from having solid customer service, there have been a lot of commendations regarding the formula’s effectiveness, taste, packaging style, and performance.

I’ve gone through most of the reviews about this product, and not a single review contained anything about anyone getting serious side effects from this formula.

To set any potential bias aside, here’s another take on Sneak Energy that isn’t from me.

After going through the online reviews about Zipfizz, it is without a doubt, an amazing formula; however a flawed one.

There were a lot of praises regarding the formula’s taste and performance, but it’s a whole different story when it comes to their price, packaging, and safety.

I’ve seen several complaints about how inconvenient their packaging was, not to mention the fact that most of the complaints were regarding how pricey their formula was, but what drove some consumers off were the side effects involve.

For another take on this formula, watch this video.

If you want my personal review on Zipfizz, then read this article next.

Now, it’s time to find out which is safer to drink between these two formulas.

Which is safer to drink Sneak Energy or Zipfizz?

Sneak Energy is a safer bet compared to Zipfizz.

Apart from the fact that some testimonies were stating the potential side effects of Zipfizz, the formula contained a ridiculously excessive amount of vitamins in its content, an amount that even most medical professionals wouldn’t even dare recommend.

If you’re going to choose between Sneak Energy and Zipfizz, go for the former.

While both formulas have their advantages and disadvantages, they are still considered safe for consumption; however, it’s better to go with the safer bet since we’re talking about energy drinks here, a supplement containing certain drugs, substances, and compounds that requires a balanced content to be considered safe. 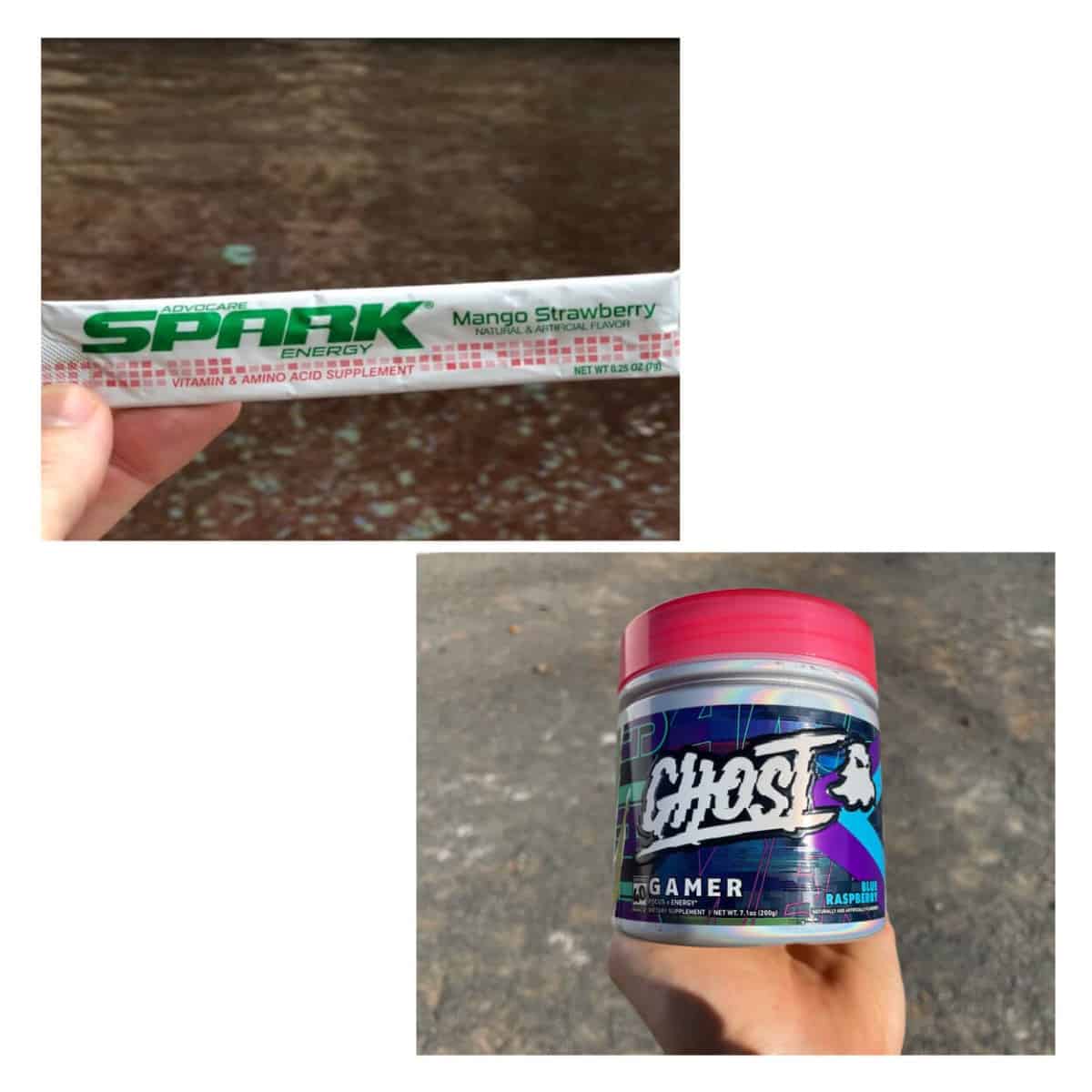 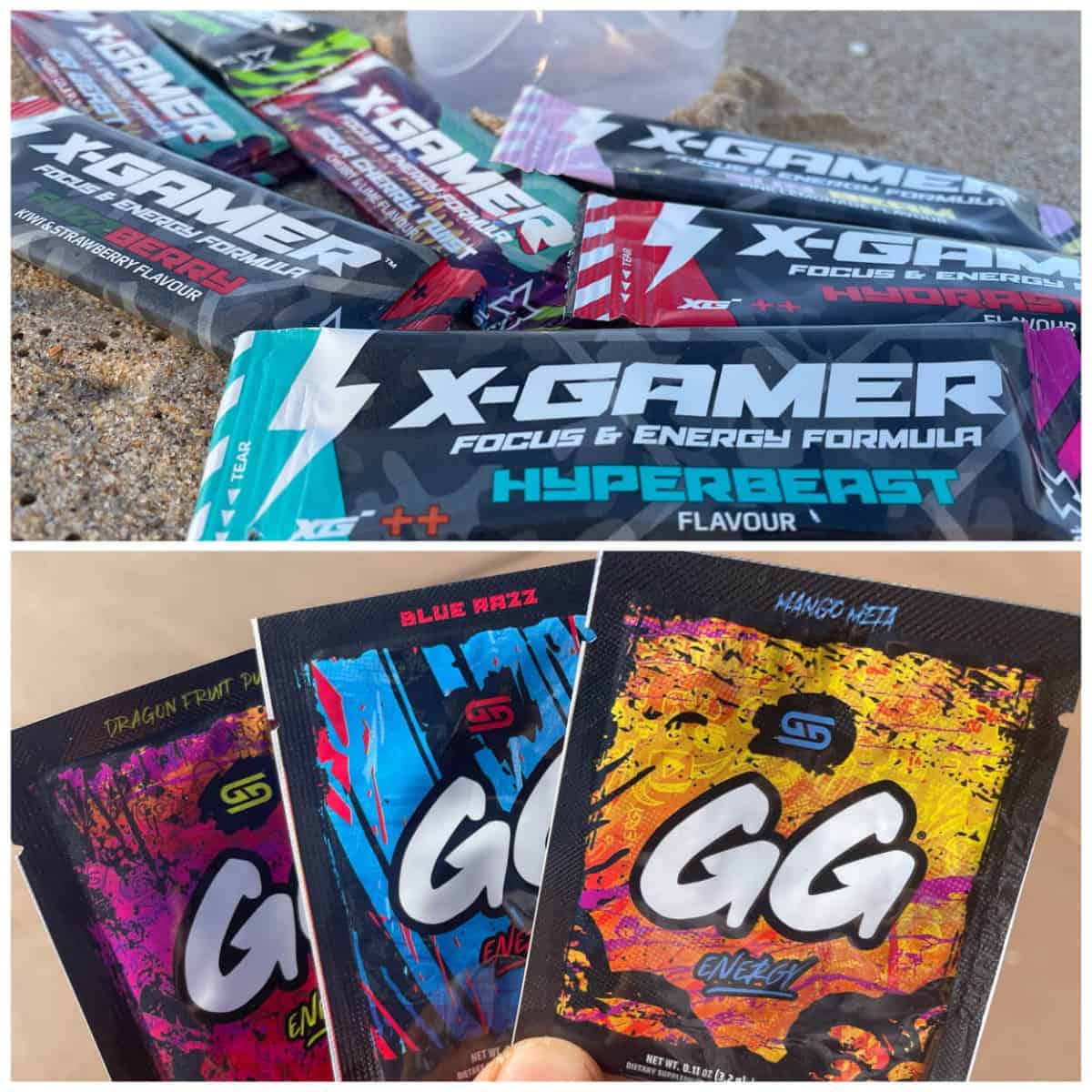 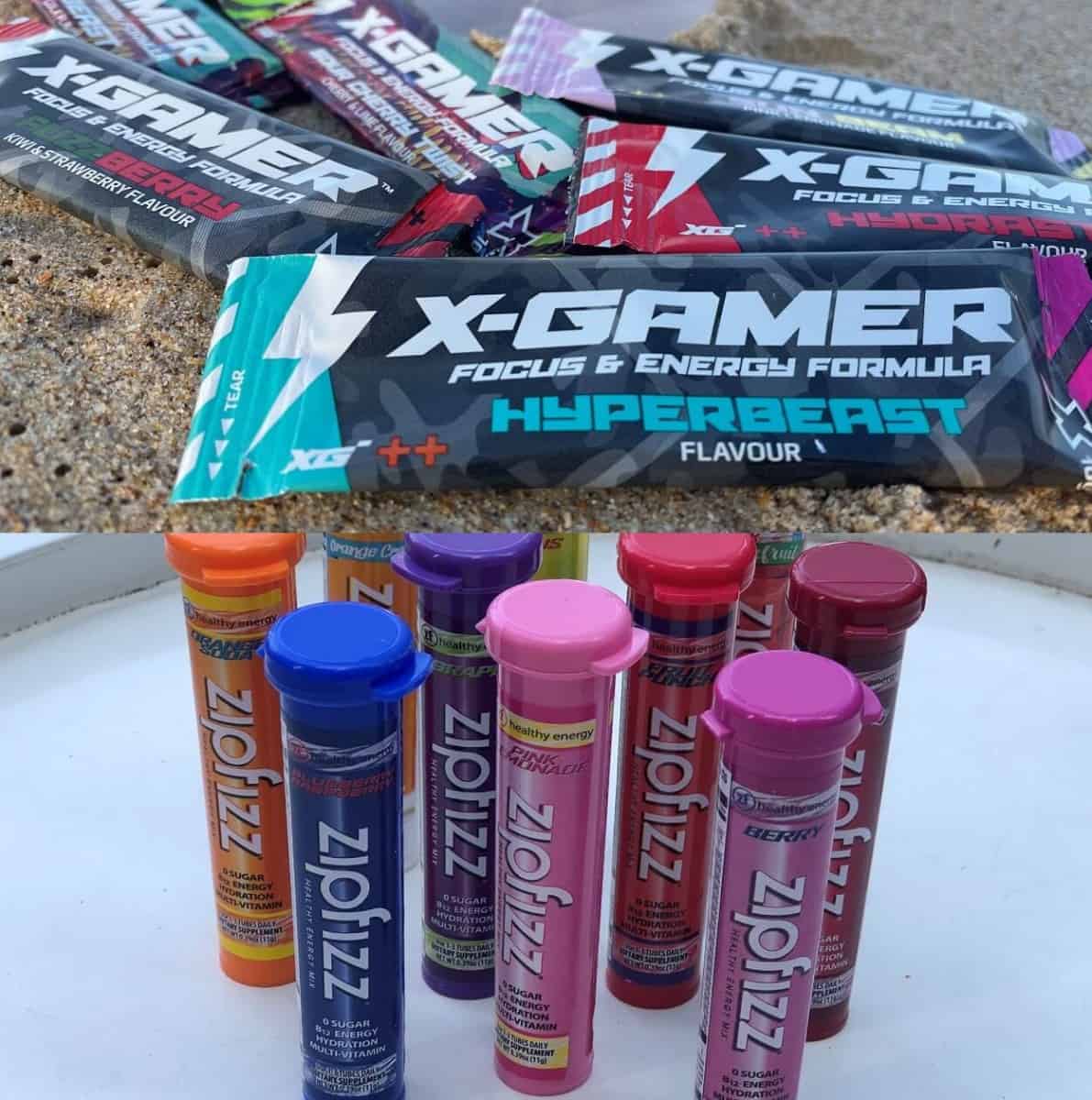