Razorwire Energy is a top-performing energy drink that can heighten your energy and mental performance for less than £1 per serving. Apart from this, it is filled with vitamins, amino acids, and even antioxidants that are known to provide numerous health benefits.

So, how come most of you haven’t heard of this energy drink before?

As amazing as this formula is, it remains underrated.

I will definitely rate Razorwire Energy an amazing 9 out of 10 because of the good amount of caffeine it has, it’s free from sugar, the price is reasonable, it’s vegan-friendly, and it has a good selection of vitamins. But because some of its vitamins exceeded the recommended daily intake and the selection of flavors is few, I didn’t give it a perfect score.

Keep reading to find out why.

Let’s start this off by going through this formula’s nutrition facts.

As you can, this energy drink is surprisingly low in calories, carbohydrates, and contains zero amount of fat, since we’re talking about energy drinks, it’s all best to go with a formula that won’t take up much from your daily calorie allowance.

Apart from this, the formula is jam-packed with vitamins, and minerals which we’ll be getting to in a while.

Take note that the recommended daily consumption for each component stated in the table is strictly based on a 2,000 calorie diet for a healthy adult.

Should you be consuming more or less than this amount, do adjust your intake accordingly and with a proper recommendation from your doctor, especially if you have any underlying medical conditions.

As we all know, vitamins and minerals are considered essential nutrients. They are necessary for the proper function and overall health of your body. However, some vitamins in the formula have exceeded their daily recommended amount for consumption set by health experts.

Excessive consumption of these nutrients may lead to certain health risks. The best example here would be vitamin E, which when consumed too much can lead to bleeding, muscle weakness, nausea, and diarrhea.

You can learn more about these nutrients by watching this video.

But before you assume that because Razorwire is bad for your health, take note that after going through most of the online reviews about this formula, not one case of side effects has been reported.

Therefore, it can be assumed that this formula won’t cause any heavy consequences despite the concerns with its vitamin content.

A single serving of Razorwire Energy contains 150 mg of caffeine.

Caffeine is often defined as a psychoactive drug, as it can stimulate your central nervous system, however, don’t let the term “drug” scare you off, as it is a natural constituent of more than 60 species of plants, and is generally considered safe in proper moderation.

Razorwire Energy is one of the very few energy drinks that have never caused me any caffeine-related side effects but still manages to live up to its promise of providing an increase in energy and mental concentration.

Compared to other brands of energy drinks, Razorwire Energy has high caffeine content than most of them.

Take a look at the table below.

Caffeine is safe to consume as long as you only consume within the recommended caffeine intake of 400 mg per day, as stated by the FDA.

It’s also stated in the packaging that consuming Razorwire Energy is not suitable for children, pregnant women, and people who are sensitive to caffeine.

It’s best to avoid caffeine if you also have any of the following conditions:

This is because it can do more harm than good to your health.

I suggest consulting your doctor first to know whether or not you can drink Razorwire Energy or other caffeinated drinks.

Razorwire Energy is considered sugar-free, however, it’s not exactly a hundred percent free from sugar.

The formula contains 0.15 grams of carbohydrates which are sugars in its content, this simply means that these are simple carbohydrates that your body turns into energy.

These include added sugars and the natural sugars found in fruit and milk.

One thing that makes this formula stand out for me is the fact that there was no sugar crash afterward because honestly, there are a few brands that I’ve tried, claiming that no sugar crash would be involved when the exact opposite happened.

According to the FDA, food, and beverages containing less than 0.5 grams of sugar can be labeled as sugar-free.

But if Razorwire Energy is sugar-free, what does it use to sweeten its formula?

Yes, Razorwire Energy uses sucralose as its artificial sweetener and is one of the reasons why it’s low in calories.

Artificial sweeteners are sugar substitutes that mimic the taste of sugar without the extra added calories and have been widely used since 1981.

Sucralose is one of the most common artificial sweeteners and is FDA-approved. It has the closest taste to regular sugar but is more than a hundred times sweeter.

Sucralose has advantages over sugar such as having zero calories, no aftertaste, long shelf life, and is suitable for high temperatures.

Now, let’s check out its flavors.

Here is the list of flavors being offered by this brand:

To give you a bit of insight on these flavors, I thought I could share some personal preferences with you.

I have personally tried and tested Razorwire Energy to see what the hype is all about and with that, let me share with you what I think of its flavors.

It’s a good thing, as it can be a good indication that this formula wasn’t completely packed with artificial chemicals.

This is a so-so flavor for me, it actually tasted nice the first couple of sips, but after that, it gets a little too tarty and sweet for my liking, but it’s still a good flavor, just not the best.

I’ve never been much into lemons my whole life, and this energy drink changed that. There’s not much left to say except, this flavor is out of this world, out of all the flavors this brand offers, this is the best!

Now, let’s see if you can enjoy these flavors on a vegan diet.

Razorwire Energy contains no animal product or product, therefore, it is vegan.

According to their official website, their formula is considered vegetarian and vegan-friendly, so for those of you practicing a vegan diet, this may be the formula you’re looking for.

Vegan diets are simply the practice of avoiding food that may possibly contain any animal product or by-products, and has been suggested to improve blood sugar, and prevent the risk of developing cardiovascular diseases.

Moving on, where can you buy this formula?

Where to buy Razorwire Energy?

You can buy Razorwire Energy on their official website.

However, if you’re a resident of the United Kingdom, then you have other options such as Amazon UK and eBay UK.

While we’re at it, let me tell you a personal experience of mine during my first purchase on their official website.

Doubtless, their website was easy to navigate and contained all the necessary information that clears out any confusion on their customer’s side.

Apart from this, their customer service was spot on, literally got a reply within less than 5 minutes after inquiry.

Their shipping fees and services were not so bad at all, I got my order in less than 6 days with the product in perfectly good condition, and was packed neatly.

However, my experience could’ve been a lot better if they could’ve thrown in a few freebies or something to make up for the shipping expenses, the fees weren’t that expensive, but they also weren’t that economical.

Now, let’s find out how much this formula costs.

How much does Razorwire Energy cost?

The standard price of this formula is around £29.99, which in my opinion, is relatively cheap compared to other brands of energy drinks.

This is actually one of the reasons why I keep coming back to this formula, apart from the fact that it isn’t snake oil, it does its job of providing me my daily dose of energy, not to mention, for a really low cost.

Now, how about we do a little comparison of this formula with one of the top gaming energy drinks in the community?

Let’s start this off by comparing the amount of caffeine in both formulas.

As you can see, there’s nothing to differentiate here since both formulas contain 150 mg of caffeine per serving.

However, I’m not sure if it’s just me, but I felt more energized when I drank Sneak Energy compared to Razorwire Energy, which I find a bit confusing since both formulas have the same amount of caffeine, but then again, other factors could’ve played out, including the amount of rest I had that day, and how much energy I exerted.

Now, let’s compare their prices and see which brand is more affordable.

Which is more affordable: Razorwire Energy or Sneak Energy?

As you can see from the table provided, the standard price of a 60 serving tub of Razorwire Energy is only £29.99, whereas a tub of Sneak Energy will cost you around £35.00.

Not to mention that Sneak Energy only has 40 servings, making it easy to conclude that there is a huge gap between the two formulas’ cost per serving.

Now, for a general comparison of the two formulas.

All-in-all, both Razorwire Energy and Sneak Energy are top-performing energy drinks that contain 150 mg of caffeine per serving and are both filled with vitamins, minerals, and amino acids that contribute to their overall effectiveness.

The only difference here is, one is overrated, while the other remains underrated.

I’m pretty sure you can already figure out which is which without having to drop any brand names in particular. And again, this is a personal opinion, everyone here is free to agree or disagree with me.

Now, let’s get back to Razorwire Energy and see if it’s safe for consumption.

Is Razorwire Energy safe to drink?

Razorwire Energy is safe to drink and in fact, it’s one of the safest energy drinks out there.

However, it is important to take note that some vitamins in the formula have exceeded the recommended daily intake set by medical experts.

But, as previously mentioned, there have been no reported side effects from its users, including myself, therefore, it can be assumed that this formula is generally safe to take with proper moderation.

To end this article, here are my final thoughts.

Razorwire Energy is a high-performing energy drink that deserves a spot on the top gaming formulas. It is definitely an amazing energy drink so it deserves a rating of 9/10 because it has a great amount of caffeine, the price is well delivered, it has a good selection of vitamins and the fact that it’s vegan-friendly.

Despite the concerns with the formula’s vitamin content, no side effects from consuming this formula have been reported so far.

Not only does it delivers its claims efficiently, but it is filled with a variety of components that can enhance your body’s overall condition, and all for a price of less than £1 per serving. 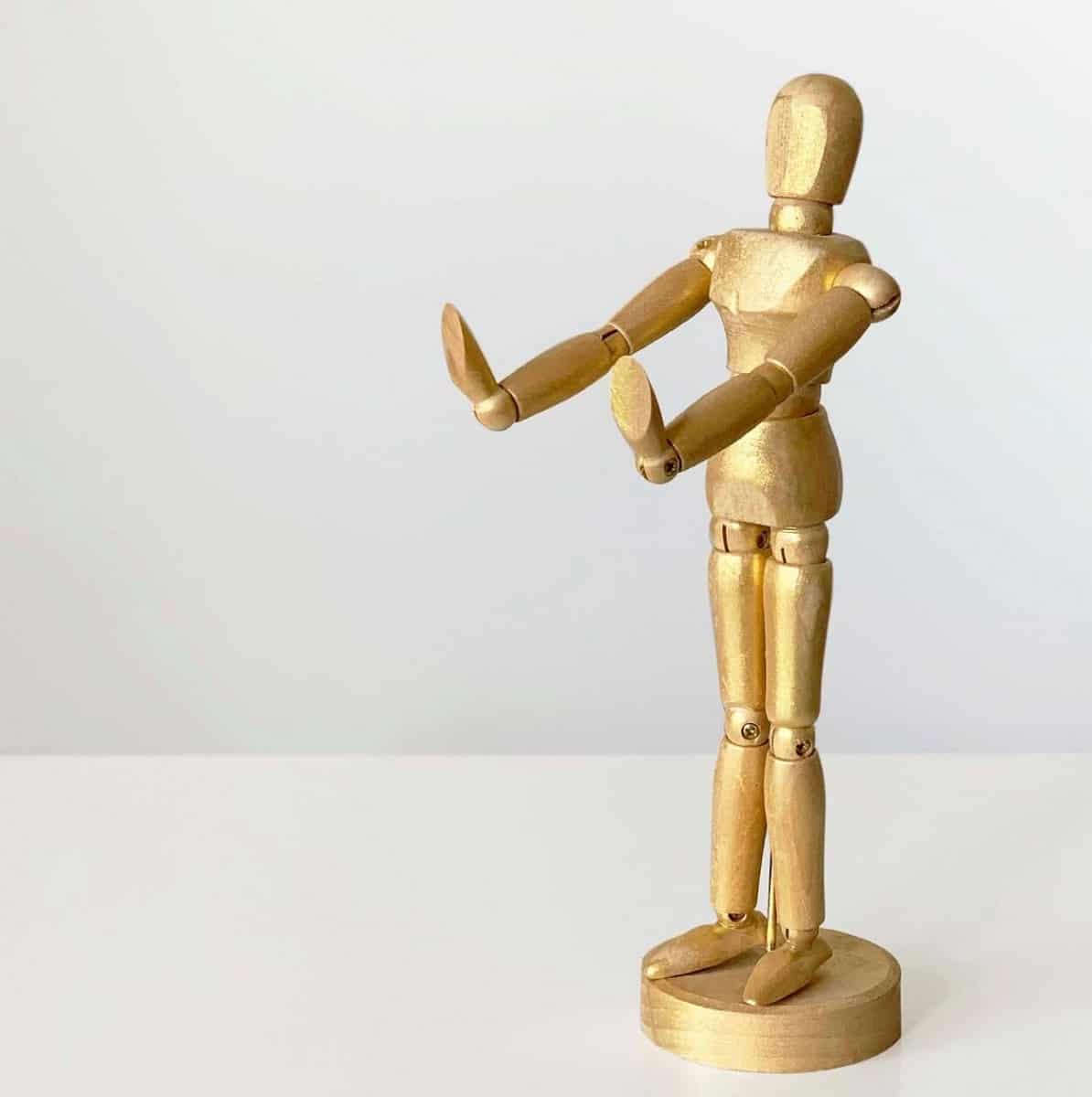 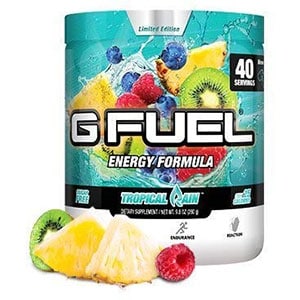