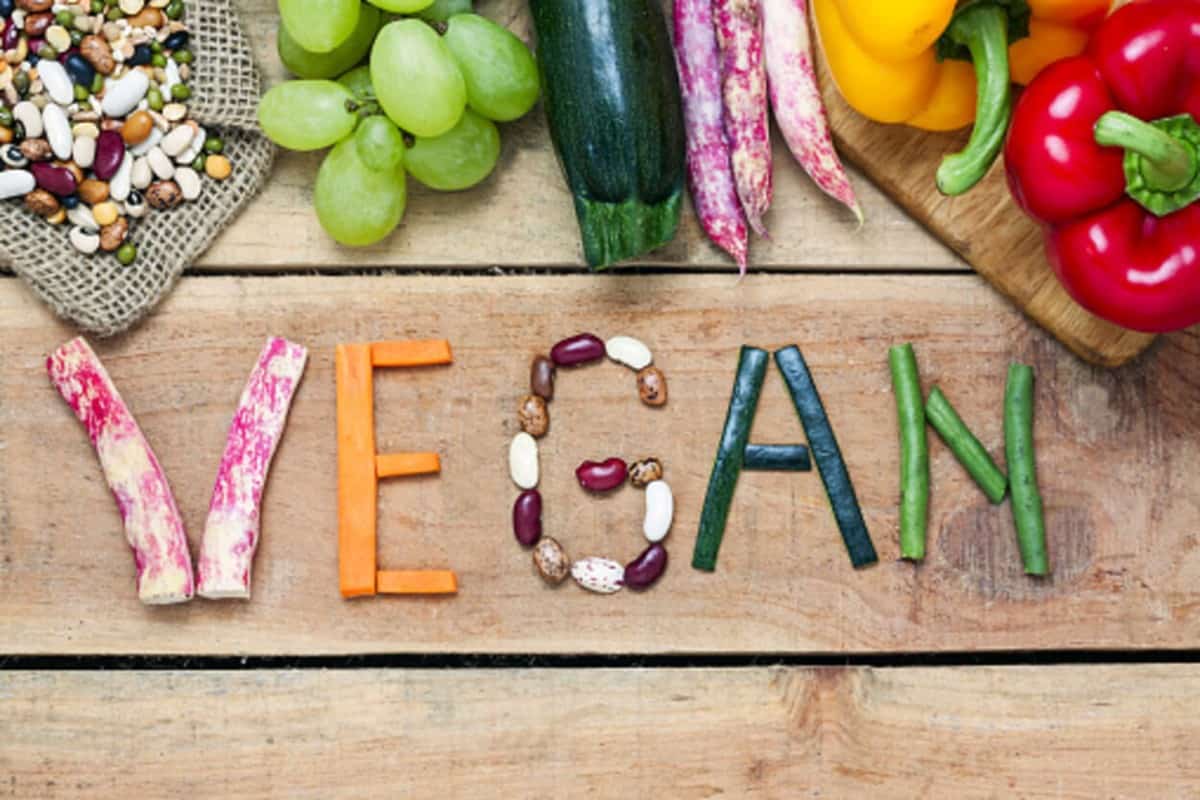 Energy drinks are fueled up with many ingredients such as sugar, carbohydrates, and calories which makes them refreshing energy-filled drinks.

The sole purpose of energy drinks is to provide you an energy boost for concentration and alertness of mind and improve physical and mental cognitive functions.

However, these drinks may include ingredients that may not be suitable for people who prefer vegan products.

Extra Joss is not a vegan drink as it contains Royal Jelly in its formulation which is derived from worker honey bees, making it an animal-derived product.

I have more dietary information to share with you so if you’re interested, keep on reading folks!

What does vegan mean?

A vegan is someone who practices veganism, a person who does not eat any food derived from animals and does not use any other animal products.

Veganism is a way of life that excludes diets that involves meat, fish, and dairy products. In addition, it is also a lifestyle that advocates for cruelty-free consumption whether in clothing, in makeup, luxuries, and most importantly in edible consumption such as food and drinks.

With this, let’s see if Extra Joss is up to the standards.

What are the ingredients in Extra Joss?

One sachet of Extra Joss contains the following ingredients

Are the ingredients in Extra Joss vegan?

To better know if Extra Joss passes the vegan standard, it’s best to scrutinize each ingredient one by one and see if they’re vegan on their own which eventually creates a vegan formula.

Let’s dive into each of them!

Ginseng Extract is also known as Korean Ginseng Extract and is vegan friendly. It is a herbal supplement and has been used in Chinese medicine for over centuries now.

Some of the benefits of ginseng extract are the following:

Royal Jelly is a milky secretion produced by worker bees. Some people use royal jelly as medicine and in skin cosmetics.

However, Royal Jelly is not vegan-friendly due to its methods f excretions that come from bees, making it an animal-derived product which is part of the criteria for diet exclusions.

Below are some of its benefits:

Although these are good benefits, the ingredient is still not fully vegan which means if you are strict about your veganism lifestyle, this is what breaks the streak.

Watch this video for a deeper look into royal jelly:

Taurine is an amino acid and it’s vegan-friendly as it’s developed synthetically. It is mostly used because of its antioxidant properties.

Taurine is naturally found in meat, fish breast milk, and dairy products. The benefits that it holds are the following:

There is about 50mg of caffeine found in a single serving of Extra Joss. Caffeine is vegan-friendly as it’s derived from plant-based sources such as cocoa beans.

Caffeine is a natural stimulating agent and a boosting ingredient. It stimulates the brain and central nervous system. It works by blocking off the adenosine receptors and making you feel alert and less fatigued.

However, this amount of caffeine gives you a subtle boost that can improve your mental and physical capabilities. But be aware of not overdosing on caffeine as it can lead to potential side effects such as:

To avoid these side effects, the FDA has recommended a daily dose limit for a healthy individual not to be more than 400mg.

The good thing is with this subtle amount you can have 2 to 3 servings of Extra Joss if you want to feel maximum effects. This brings you to about 100mg to 150mg of caffeine in total which is below the daily limit.

Energy drinks are filled with boosting ingredients, some of these include vitamins that help regulate body functions properly.

Below is the table of nutrition with its amount:

These are all within the daily recommended limit but we’re here to see if they fit the vegan demands. Let’s look into it one by one.

Yes! Nutritional ingredients such as sugar, carbohydrates, calories, and artificial sweeteners are vegan-friendly.

Extra Joss is a zero-calorie energy drink. This means if you’re on a low-calorie diet you can opt for Extra Joss.

Foods that are low in calories can help you burn more calories during digestion and consumption than their original caloric content.

This means if you’re a gym enthusiast who workout every day, Extra Joss can be a great pre-workout partner.

Extra Joss doesn’t contain carbohydrates in its formulation as well.

Carbohydrates are another form of calorie which give energy but cause weight gain if not burned after being consumed.

Being carbohydrate-free makes Extra Joss a more preferable drink as it won’t be contributing to weight gain by any means or increasing the risk of diabetes.

However, carbohydrates are essential for daily life. If you are not getting it from Extra Joss, you may need to source it from other products as the DGA says, 45% to 65% of your overall intake should be derived from carbs.

This means if you’re having around 2000 calories per day 900 to 1300 should come from carbohydrates.

Extra Joss is sugar-free as well.

Being sugar-free is a great initiative by these drinks as we all have been warned at some point to lessen our intake of sugar.

Bein sugar-free means even a diabetic can consume this type of drink, but being sugar-free doesn’t mean you’d have to compromise on the taste factor.

Having an excessive amount of sugar in your intake can lead to potential health effects such as type 2 diabetes, tooth decay, jitters, and headaches.

The two types of artificial sweeteners used by Extra Joss are Aspartame and Acesulfame potassium.

Both of them are Vegan friendly.

The good thing is these artificial sweeteners are zero calories and don’t spike blood sugar levels or cause sugar crashes. They are 200 times sweeter than sugar so a very small amount of it is added to the drink.

There are plenty of vitamins included in the formulation of Extra Joss, let’s look if they are vegan or not.

Evidently, all the vitamins in Extra Joss pass the vegan standard and contain ingredients that can be synthetically made or have plant-derived options.

The brand itself hasn’t declared whether they’re vegan or not but this table goes to show that they’re a lot closer to being vegan by a majority of their ingredients.

A keto diet reduces your carbohydrate intake and replaces it with fats mostly. Its sole purpose is to lower your blood sugar levels and insulin levels.

This diet is preferred by the ones who are on a weight loss journey or to control their diabetes.

As Extra Joss has zero carbohydrates in its formulation it can be perfectly partnered with your keto diet.

Yes, it is! A gluten-free is a diet that excludes eating food products that contain gluten such as wheat, barley, or rye.

A gluten-free diet can provide many benefits such as:

All of the ingredients including caffeine, artificial sweeteners, Royal Jelly, Ginseng extract, and Taurine are gluten-free, this means Extra Joss is definitely gluten-free.

Is it okay to consume Extra Joss every day?

Yes, it’s okay to have Extra Joss every day long as it’s consumed in moderation. Its subtle amount of caffeine can give you enough boost to start your morning or your exercise.

It can be proven beneficial if you consume it in moderation as it can improve your physical performance, gives additional supplement, boosts the immune system, reduce tiredness, enhance alertness.

Extra Joss is a blend of nutrition with B vitamins which play a key role in regulating the cognitive functions of the body, with this.

It also has Royal jelly, Ginseng Extract, and Taurine in its formulation which has unique benefits. Read here for an in-depth look.

Check this out for more information on Extra Joss.

Extra Joss is not a vegan drink as it contains royal jelly which is an ingredient that is animal-derived and currently doesn’t have any alternative harvesting methods.

Besides that, Extra Joss is a great energy drink with a small amount of caffeine 50mg per serving which can give you a small boost with low caffeine withdrawal effects.

It’s sugar-free, calorie-free, and carbohydrate-free, just perfect to accompany you during your all-nighter or between your gym sessions.

There are a lot of benefits but unfortunately, if you’re vegan, this drink isn’t for you. 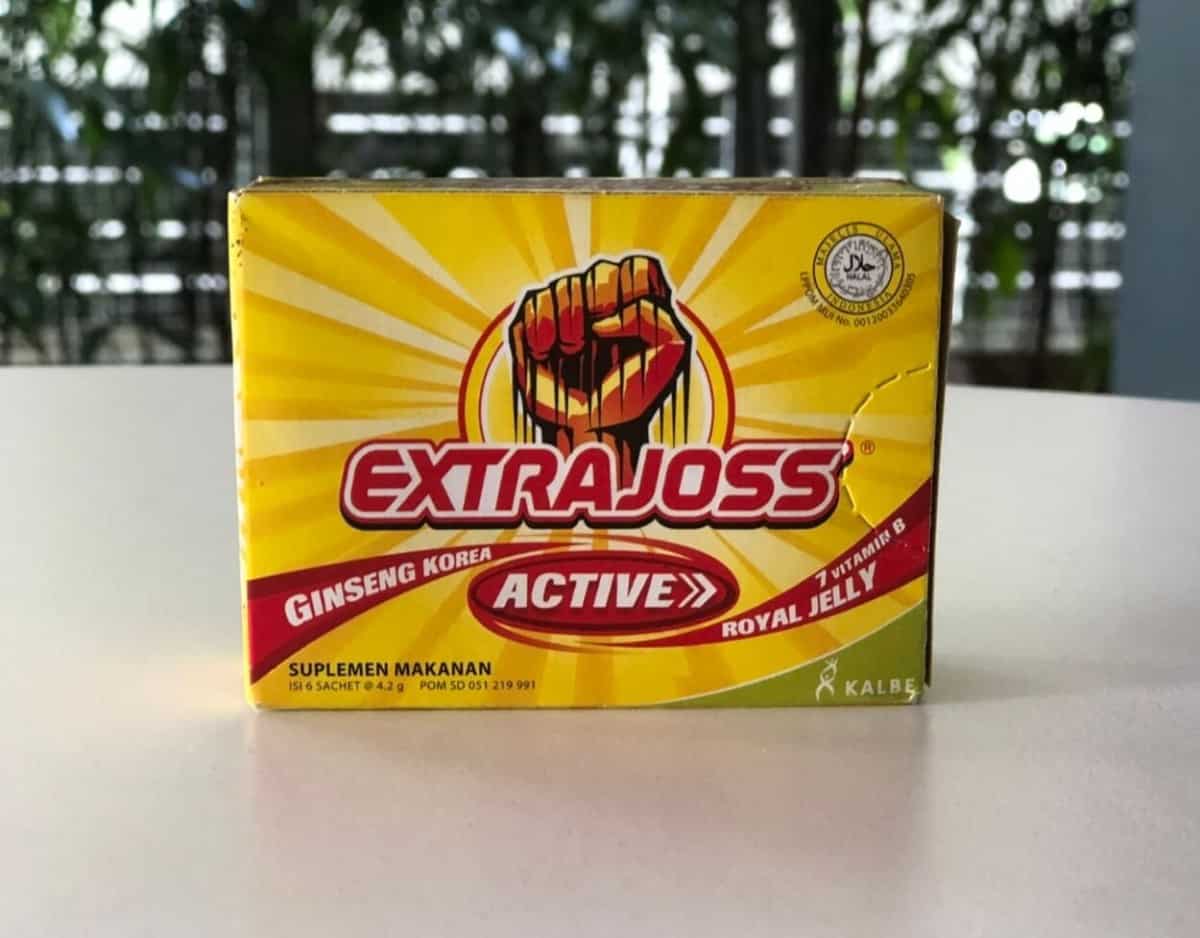 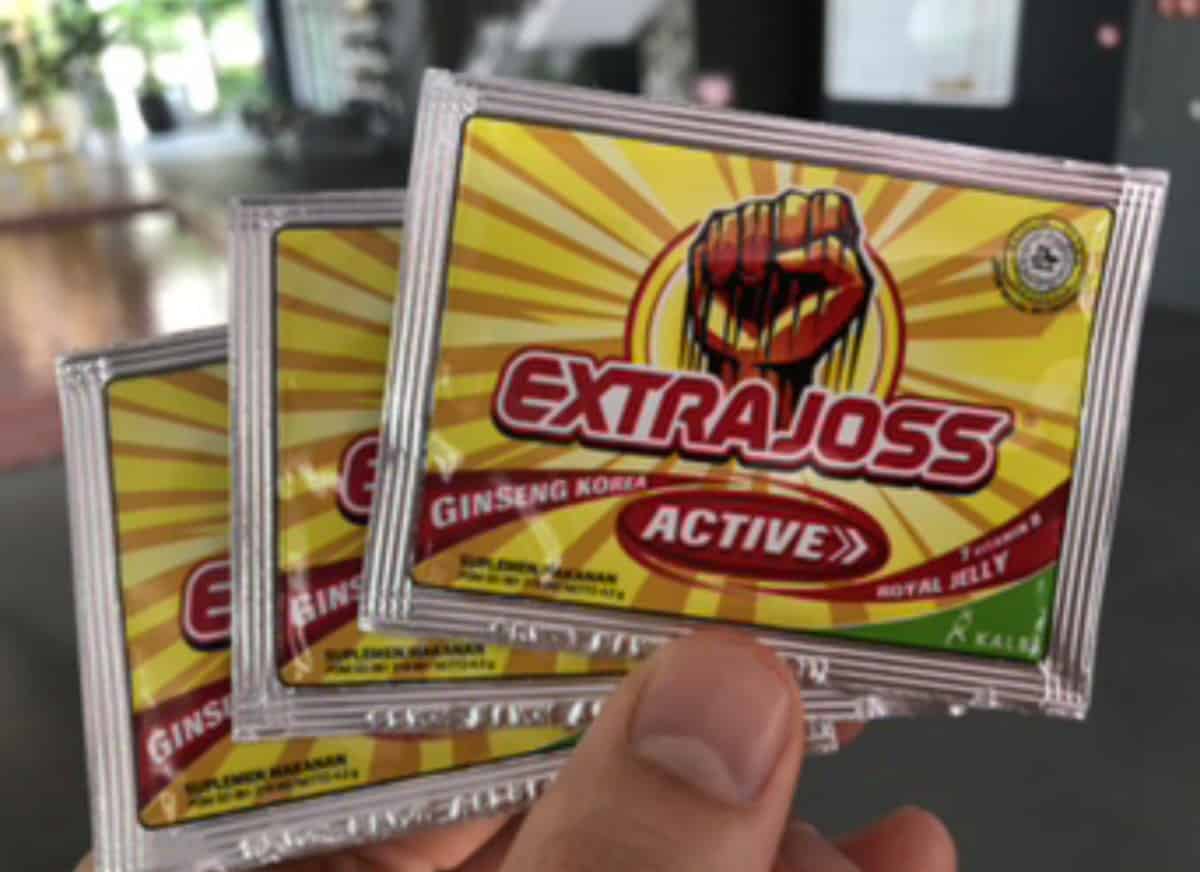 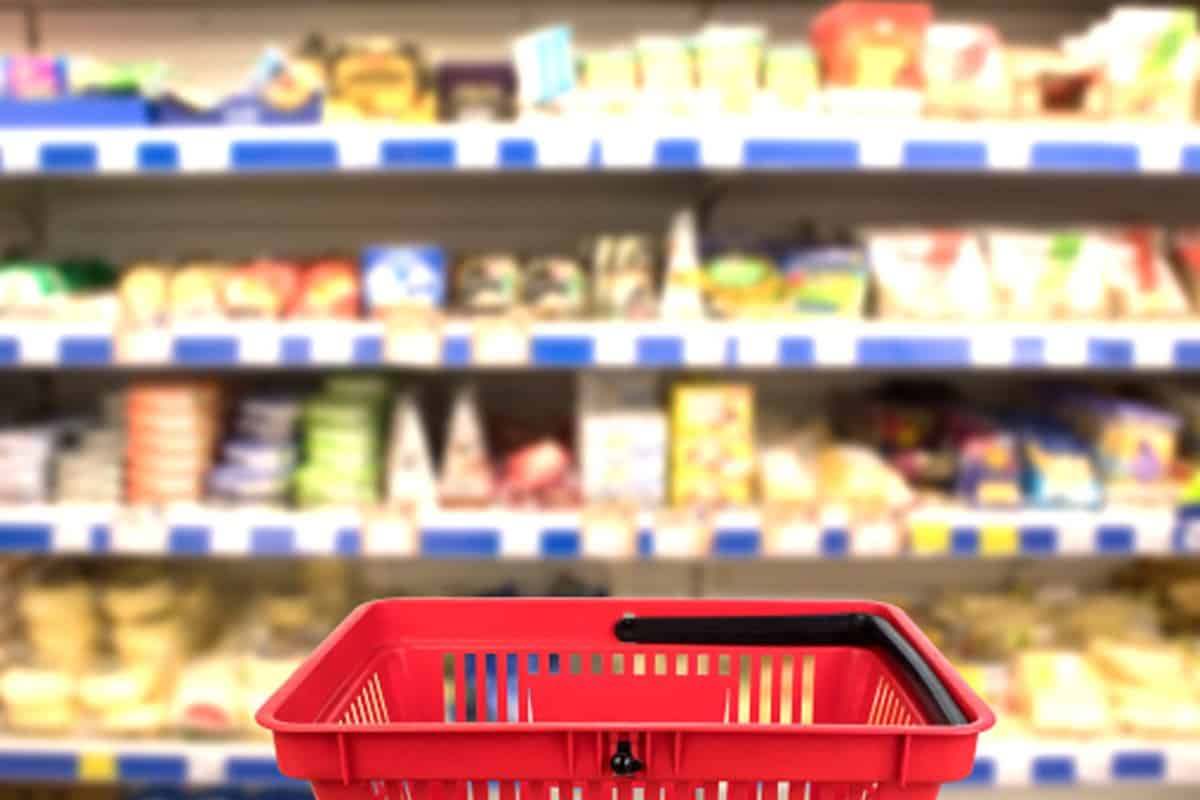